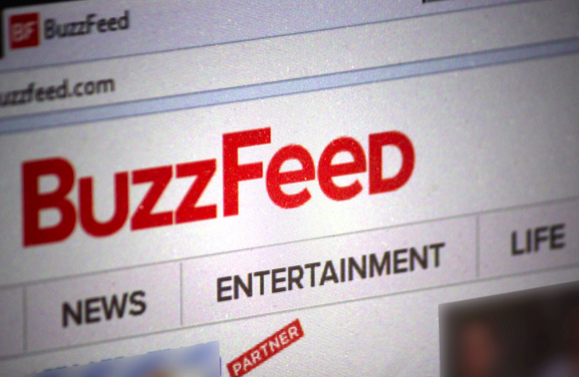 Last week, BuzzFeed News took the opportunity to talk about a related issue that hasn’t gotten a lot of attention: How wealthy Muslim Americans are being inconvenienced by Donald Trump and canceling their exotic international spring break plans.

In her piece, American Muslims Are Canceling Spring Break Trips To Avoid Being Hassled At The Airport, BuzzFeed writer, Hannah Allam explained why the issue was important:

Even as federal judges block President Donald Trump’s latest executive order, a parallel travel ban is still in effect. This one is self-imposed and even broader than the president’s, eroding the freedom of movement for citizens and non-citizens alike as Muslims decide it’s safer to cancel trips than to risk being held at the border or forced to answer invasive questions before they can go home.

Let’s begin with a discussion of privilege. Much of BuzzFeed’s content — like this and this and this — centers on keeping regular tabs on other people’s privilege, so I’ll return the favor. According to the United States Department of State, there were 131,841,062 passports in circulation in the U.S. as of 2016. That’s just over 41% of the American population. What that means, of course, is that for roughly 59% of American citizens there are no international spring breaks because they cannot travel abroad. Whatever empathy this article was trying to evoke will likely be lost on the significant majority of citizens who have to settle for the horrors of domestic travel, or worse — working.

One school of thought is to push back and travel anyway, with Muslims turning their Caribbean cruises or honeymoons in Paris into small acts of defiance.

So brave… If Harry Winston ever targets American Muslims for persecution, I’m sure Ms. Allam will be all over it.

As a practical matter, of course, nobody is stopping wealthy American Muslims from holidaying outside the United States. Rather, Allam wrote of a “self-imposed” ban because, in her words, “Nearly every week, a nightmare airport story involving a US citizen who’s perceived to be Muslim is splashed across social media.”

Allam then listed a number of these “nightmare airport stories.” The U.S. Olympic fencer, Ibtihaj Muhammad, was held up at customs for two hours one time. Muhammad Ali Jr. was detained on two occasions, once for two hours, another time for a whole 20 minutes.

As the previous two cases show, digging into the details of breathless social media accounts often shows a far more banal truth. In fact, very often, it reveals complete falsehood. A not insignificant number of alleged “Muslim bias incidents” that have taken Facebook by storm recently, ultimately proved to be fabrications.

Remember that University of Louisiana student who was attacked and robbed by those horrible Trump supporters? She made it up. That teenager in New York who had her hijab ripped off on a subway? Also invented. You can read a whole list of fake hate crimes here.

Stories splashed across social media are not evidence of anything. BuzzFeed elevating the irrational fears of silly rich people is no different than how far right websites treated “legitimate questions” about PizzaGate.

“This article sort of feels scraping the bottom of the barrel,” Rod Bastanmehr, a Muslim-American freelance journalist told Mediaite. “Overall I just kind of find an element of frustration about how Muslims are always being portrayed in a certain kind of victimhood.”

Finally, I close this piece with a little bit of realness.

You can’t spell “radical Islamic terrorism” without Islamic. The world doesn’t face a crisis of radical Mormons or Jains or Jews. As such, it is only right and proper that individuals returning to the United States from Muslim countries where terrorism is a known problem be subject to greater scrutiny at airports.

One of the individuals cited in Ms. Allam’s article said his family decided against a trip to Pakistan out of fear of detainment and “having their belongings seized.” I am sure this could happen, and that the likelihood of it happening would rise if you came to the United States from a terror-prone country like Pakistan. On the other hand, if we had subjected Tashfeen Malik to a little more scrutiny when she arrived from Pakistan in 2014, we might have avoided the San Bernardino massacre which she went on to perpetrate with her husband two years later.

Finding the appropriate balance between collective security and individual liberty is an ongoing conversation. That debate, however, will not be served if media outlets like BuzzFeed give voice to baseless hysteria.