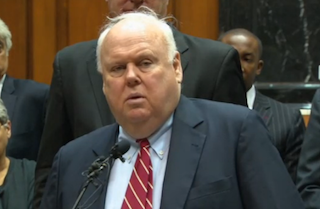 The proposed fix would clearly state that the bill does not allow a business to deny services, and could not be used as a defense in civil suits or prosecution over denial of services. At a press conference Thursday morning Lawmakers and business leaders hailed the change as the first substantial protections for gays and lesbians in Indiana law.

According to Pence’s staff, it is unknown whether he will sign the amendment. Pence has struggled to defend the law against unanticipated backlash from the business community and LGBT groups.

The pushback against RFRAs led Arkansas Governor Asa Hutchinson (R) to send his state’s version back to the legislature for changes. Both originally expanded the federal version of the law to allow businesses to claim religious exemptions in private suits, as opposed to disputes with the government; both states also lack LGBT protections, a combination that critics said made the bills Trojan Horses for anti-LGBT discrimination.

Read the legislature’s synopsis of its changes, via Indiana Senate Republicans: 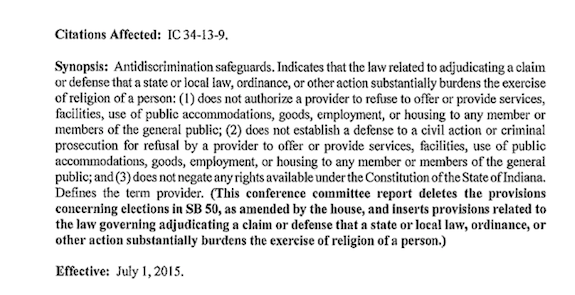