Women Are To Blame For Battle Of Sexes? Fox Columnist Perpetrates The Real ‘War On Men’

Women Are To Blame For Battle Of Sexes? Fox Columnist Perpetrates The Real ‘War On Men’ 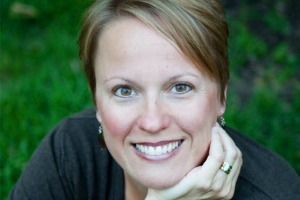 In a recent FoxNews.com column, author Suzanne Venker claimed Monday that “the battle of the sexes is alive and well” and that, in fact, there’s a new “war on men.”

“Women aren’t women anymore,” she complains,  so “men have nowhere to go.” Venker spends the majority of her op-ed describing men as petulant, inert and unable to cope with a strong women. This begs the question, then, who’s really perpetrating the war on men: the progressive women she criticizes or Venker herself?

The central question of Venker’s piece is, “What if the dearth of good men, and ongoing battle of the sexes, is — hold on to your seats — women’s fault?” She cites a Pew Research Poll indicating that women between the ages of 18 and 34 are more likely than men of the same age to rate having a successful marriage as important to them, but states that there are no longer “marriagiable men” to be had. Venker believes that because of women’s increased self-sufficiency, education and progress in the workplace, we’ve become “defensive” and “angry” and in the process, apparently, turned off all men.

Since Venker’s piece was published, the female response has been widespread and furious, generating angry comments from women at The Huffington Post, Jezebel and The Washington Post, among others. The Huffington Post’s Emma Gray implies that Venker wishes all women would “quit our jobs, purchase aprons with our last paychecks and bake like it’s 1955.” The Washington Post‘s Alexandra Petri calls Venker’s rhetoric “straw feminism,” and Jezebel’s Erin Gloria Ryan calls the piece “stupid, mindless garbage.”

While the outrage from women is easily understood – after all, Venker says women haven’t threatened men, we’ve “pissed them off” – one wonders why there isn’t more outrage among men. Implying that women have changed tremendously but men have remained static is insulting, not to mention dismissive, of the same men Venker claims concern for.

The truth is, women have changed, dramatically, but so have men. While Venker laments the death of traditional gender roles and claims men are angry, she fails to note that often, men themselves are the champions of those changing roles. It may be that men don’t value a high-paying career as much as they used to. It may simply be that men want to spend more time with their families: a study done at Boston College indicates that the number of “stay-at-home” fathers has doubled in the past decade alone.

Venker’s attitude towards gender roles is far too conservative to keep up with the changing faces of our homes and workplaces. She eventually comes to the conclusion that the answer to her imagined problem is in women themselves:

Women have the power to turn everything around. All they have to do is surrender to their nature — their femininity — and let men surrender to theirs. If they do, marriageable men will come out of the woodwork.

But this, again, fails to give men any credit. The answer isn’t for women to go back to being stay-at-home moms and wives and nothing else; the answer is to embrace the progress our society has made and support both women and men in building the lives they want.