Is Gawker Going To Sink Harold Ford’s Senate Run Before It Starts?
updated

Is Gawker Going To Sink Harold Ford’s Senate Run Before It Starts? 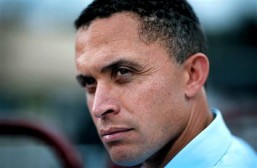 At the rate Gawker is going Kirsten Gillibrand may end up owing them her (future) political career. Gawker’s resident reporter John Cook has been doing some relentless digging into Harold Ford — the good-looking former congressman from Tennessee (1997-2007) who is strongly rumored to be considering a run for New York Senate — and the results are not great. It’s all about taxes baby.

Ford, who has served as a vice chairman of Merrill Lynch since 2007, has apparently never paid taxes in New York State, which is perfectly legal for a variety of reasons you can read about here. The real problem is that if Ford does indeed decide to make a run, what he will be running against as much as any opponent is charges of carpetbagging. From Gawker:

Ford claims to have moved to New York three years ago, and says paying “New York taxes” makes him a New Yorker. But his spokeswoman confirms to Gawker that he’s never filed a New York tax return — meaning that he’s never paid New York’s income tax, despite keeping an office and a residence in New York City as a vice chairman of Merrill Lynch since 2007: “He pays New York taxes and will file a New York tax return in April for the first time,” Ford’s spokeswoman Tammy Sun told Gawker. “He will file all necessary personal disclosure and tax forms that candidates are required to file if he chooses to run.”

Ouch. Hillary Clinton overcame similar (sometimes vehement) charges of carpetbagging when she made her own Senate-run back in 2000. The difference, or one of them anyway, is that Clinton was a nationally known name; carpetbagging charges paled in comparison to various other attributes and failures, which were already firmly established in the New York voters’ minds. Plus she spent half a year dazzling upstate New York with her knowledge of local issues.

Harold Ford, meanwhile, is known to hardly anybody. And if the first thing that becomes widely known about him is that he’s never even bothered to file income taxes in a state he professes to want to represent…well that’s not a great first impression (or second or third, even). It’s also the sort of meme that is hard to stamp down on the Internet. Numbers don’t lie, baby. John Cook’s latest exegesis on Ford’s tax situation can be found here. Below the sort of thing Ford can probably expect more of in the months and/or weeks ahead.

When Merrill Lynch announced Ford’s hiring in 2007, it said he would be keeping offices in Nashville and New York City. Ford has said that he’s basically lived in New York since then, though he never technically lived here until last year since he didn’t “spend the requisite number of days” staying at his wife Emily Ford’s breathtakingly yellow apartment in the Flatiron district. (“Moved is such a legal term,” he told the New York Times). Ford was clearly thinking of New York’s 184-day rule, which requires that part-time residents who spend 184 or more days living in the state pay New York taxes on all their income.

UPDATE [Sunday]: The New York Daily News (which, by the way does not give Gawker any reporting credit) quotes Ford spokesman Davidson Goldin thusly: “Harold has always paid New York taxes and filed the appropriate New York tax returns for all income earned in New York. And as a New York resident as of 2009 he is filing a resident tax return.”