Is ObamaCare A Dirty Word? Even If Obama Uses It?

Is ObamaCare A Dirty Word? Even If Obama Uses It? 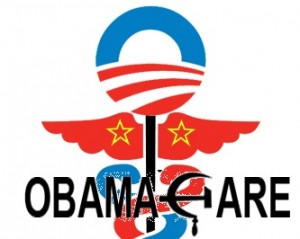 This is what I get for skipping all those Partisan Whiners Anonymous meetings. Apparently, there are liberal whiners who think the term “Obamacare” is offensive, and conservative whiners who think the whining is a big deal. Specifically, liberal whiners objected to the use of the term on ABC’s Political Punch blog, so they changed it. Then, conservative whiners objected, saying Jake Tapper was “banning” the word from Political Punch. I’d like to gavel this meeting to order.

The name is also misleading, since the health care reform law bears little resemblance to the health care plan that President Obama campaigned on. It would be more accurate to call it “HillObamaPublicanCare,” but that’s a little unwieldy.

Even so, he did put the full force of his political capital behind the law, so Obamacare is not exactly an outlandish name for it. It’s also not a very effective one, from an opposition standpoint. Imagine protesters outside of a grocery store, derisively chanting “Kraft-a-roni and Cheese!”

Maybe liberals are right to bristle at the name simply because their opponents thought it up, but when you compare that with, say, “tea-baggers,” they seem to have done a shitty job. Did no one think to spitball “Husseinsurance Reform?”

“Karl,” a blogger at Hot Air’s Green Room, meanwhile, has a problem with Jake Tapper having the courtesy not to offend people if there’s no good reason to do so.

Some liberal tweeps objecting to use of term “Obamacare” by contributor to my blog. No offense was intended by her, but we will change.

This gets reported by Karl as “Jake Tapper Bans Obamacare From His Blog.” He even speculates about, then rejects, the possibility that the White House “leaned on” Tapper to change the headline. Hilarious.

Daily Caller’s Jim Treacher also blogged about this, adding to the impression that there are huge numbers of liberals who find the term offensive. I don’t blame him, it’s a winning play, and it makes the other side look stupid. The reality is, a small number of people have registered this objection.

This isn’t a new thing, apparently. As I said before, I’ve been skipping the meetings, but looking back, I’ve found some hysterics about “Obamacare” being analagous to the n-word, but only by the likes of small blogs and blog commenters. Even then, it’s in the context of the way the term gets sneered, or emblazoned on a photoshop of Obama as a witch doctor, not the term itself.

I also found a blog that defends the use of the term by pointing out that Obama “used it” himself a few months ago:

Here’s the Washington Post transcript of the history-making moment when Obama uttered Obamacare for the first time:

OBAMA: An interesting thing happened a couple of weeks ago, and that is a report came out that for the first time, it turns out that more Americans are now getting their health care coverage from government than those who are getting it from the private sector. And you know what? That’s without a bill from the Democrats or from President Obama. It has nothing to do with, quote-unquote, “Obamacare.”

Of course, the President’s use of “quote-unquote” hardly denotes an endorsement of the term, but it dispels the “new n-word” idea, something the Tea Party also tried to get going re: “tea-bagger.”

The bottom line is that the term is intended to tie President Obama to health care reform in a negative way, but I think as time goes by, this will be about as effective as saying he “pals around” with Santa Claus. As the law takes effect, more and more people will find that these reforms have helped someone they know and love, either by keeping them from being denied coverage for a preexisting condition, or preventing insurance companies from rescinding their coverage when they get sick, or in any number of other ways. Liberals would do well to treat Obamacare as a brand-name, not an insult. As for conservatives, the next time you guys need to think up a clever, derisive term for something, hire a liberal. We’ve got the track record.