Is Richard Simmons Coming Back to Public Life?

Is Richard Simmons Coming Back to Public Life? 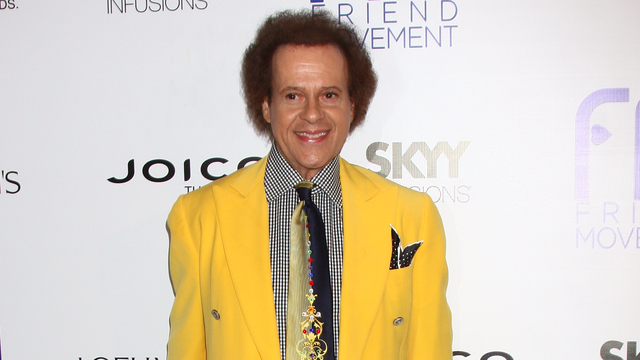 One day in early 2014, Richard Simmons didn’t show up for class at Slimmons, the Los Angeles fitness studio where he had been teaching classes for years, and disappeared from public life completely. Since then, there’s been a lot of speculation about where he might be.

There were rumors he was being held hostage in his home by his housekeeper, which he refuted in a phone call to NBC’s Today in March of 2016. Then, there was the podcast, Missing Richard Simmons, which captivated audiences in its six episodes, but ultimately, left us with many of the same questions we had before its release. The only reasonable conclusion we can draw is that he’s doing okay, but decided to step away from his celebrity in a pretty extreme way. It appears that although he’s not sick, he mostly stays at home.

Now, it seems a return to public life may be in Simmons’ future. According to the trade publication License, he recently signed a new licensing, merchandising, and endorsement deal with Prominent Brand + Talent. When asked whether Simmons himself would be involved in a public way, Michael Catalano, Simmons’ manager and a co-founder of Prominent Brand + Talent told The New York Times, “All I can say, at least for now, is it is possible.”

On what some of these product might be, Catalano said, “We’re talking about inspiration-themed products that will hopefully accomplish what Richard really set his life’s work to do, which is to help people take better care of themselves.”