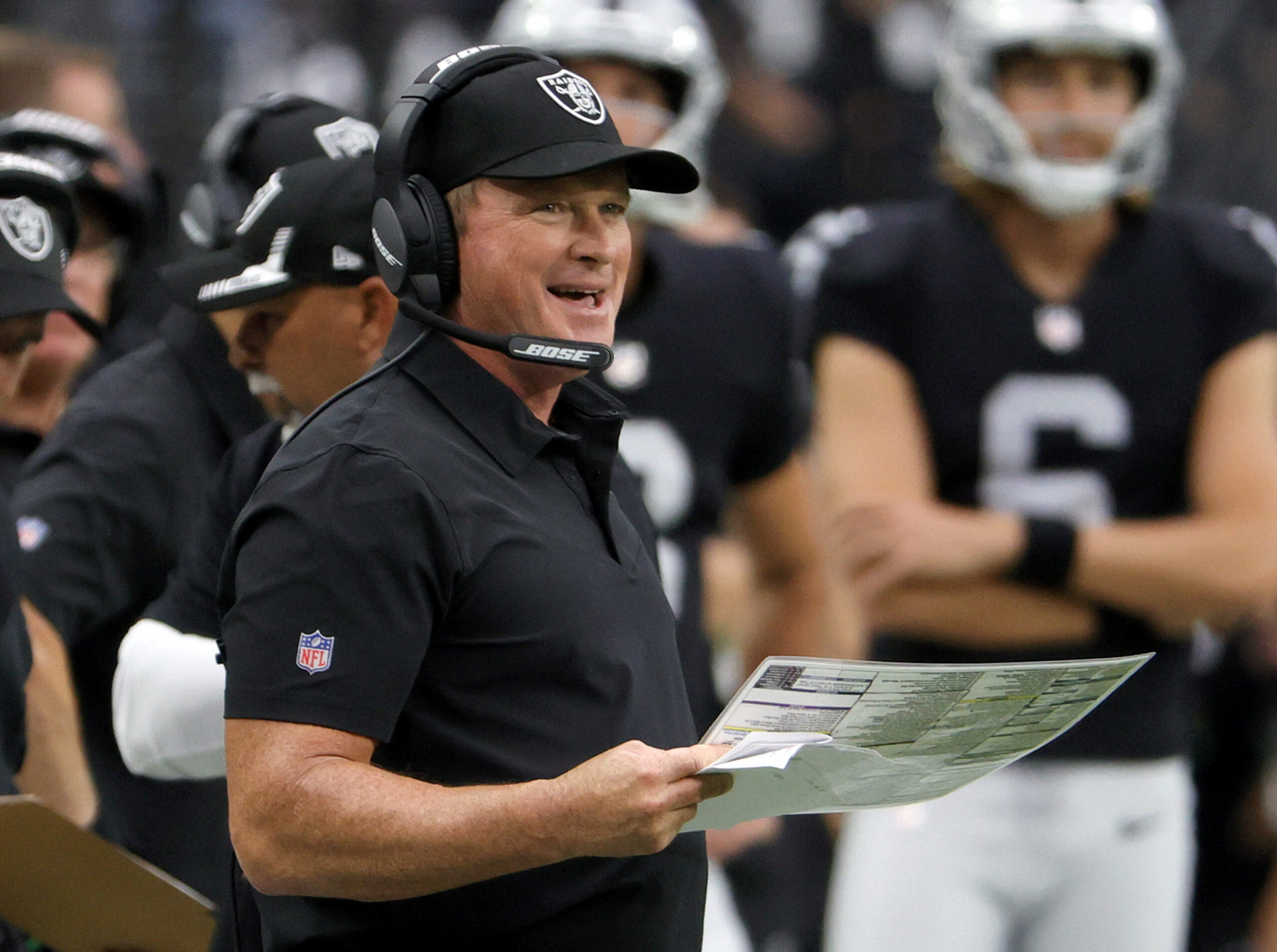 Tweets varied from decrying him being a victim of “cancel culture” to there being double standards for those like Gruden versus others such as players accused of domestic violence that are still playing in the NFL.

IT’S ALL CANCEL CULTURE BULLSHIT. JON GRUDEN JUST GOT TOTALLY SCREWED OVER. AND EVERYONE KNOWS IT. pic.twitter.com/OaOyrBvHIa

Let’s see the emails & texts of Goodell & every NFL owner/exec. We must find out if they’ve ever said anything wrong, shared a controversial thought, or held an opinion that wasn’t PC. No statute of limitations. We can’t allow them to hide behind their white privilege.

If Jon Gruden had his personal emails released and in those emails he mocked straight people, insulted the looks of a white man, and said Christians are stupid, he’d still be employed today. Probably with a new book deal. And everyone knows it.

Richard Sherman was arrested for domestic violence this past summer. He is currently playing for the Bucs. Jon Gruden used vulgar language in private emails several years ago. He is now out of a job. If you think this is about simple “accountability,” you’re a moron.

Chiefs WR Tyreek Hill pled guilty to punching and chocking his pregnant girlfriend. He still collects a check from the NFL. Jon Gruden, who used salty language in emails, will no longer be collecting a check.

The NFL employs domestic abusers, murderers, and drug addicts, but Jon Gruden has to go because he’s a white guy who used insensitive language in private emails. https://t.co/B8PRwreNRj

Deshaun Watson has been accused of sexually assaulting 24 different women. He is currently eligible to play in the NFL. Yet Jon Gruden was just forced to resign as a coach because of years old derogatory emails. Actions used to matter more than words. Now it’s the opposite.

This is representative of the social media world we’ve created. You’re better off being accused of actual violent crimes than sending inappropriate emails. Seems entirely backwards to me.

There are NFL players still playing with assault charges against them, some even convicted, but #JonGruden has to go over some old emails?

What a time to be alive.

The #NFL is so concerned about the racist, misogynistic and homophobic remarks in #JonGruden emails they had already booked a collection of rappers, who have used even worse language of this sort publicly for profit, to perform at the Super Bowl halftime show.

Jon Gruden is about to be fired for things he said in private emails a decade ago.

Antonio Brown, who had to pay a settlement to a woman who accused him of raping her, remains a star player for the Bucs.

So, the NFL’s investigation into the Washington Football Team didn’t take down Daniel Snyder, but it did take down Jon Gruden, whose brother, Jay, was fired by Snyder two years ago this week.

What Jon Gruden did was repugnant, that’s not in debate.
But NFL’s diversion here is diabolical: focusing on then-ESPN broadcaster who wouldn’t join NFL for five more years.
This case was about the Washington franchise.
Gruden was sacrificed for the greater (NFL owners) good.

To every single person attacking Jon Gruden for his emails from over 10 years ago — release all of YOUR emails over the last decade.