It’s Officially Summer: We Have A Story About A Surfing Cow 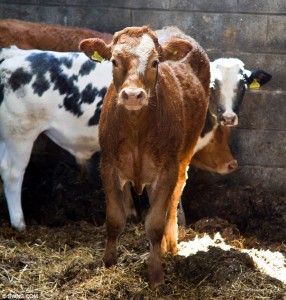 Ah, sweet summer… A time for lazy days, hammocks, lemonade and slow news. Speaking of that last one, The Daily Mail just ran a story about a Devon, U.K. bullock that fell 15 feet onto a beach, survived and paddled out into the ocean to join a group of surfers: holy cow!

The farmer who owns the cow speculates that the bullock simply wasn’t in the mood (Get it! Cow puns!) for the Goldcoast Oceanfest music festival that was taking place near by. So the animal attempted to escape, but in doing so ran over the edge of a cliff. He then fell 15 feet but miraculously survived to run into the Atlantic and swim for sweet, sweet freedom past surfers enjoying the radical surf and nice June day. 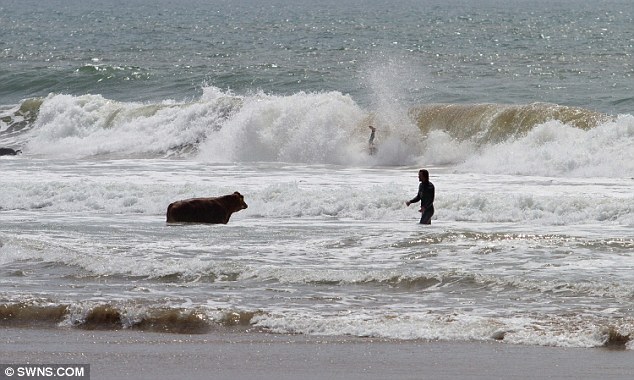 Personally, I think he was just a regular Hugh Heffer and wanted to see some surfer chicks in their bikinis, but the lifeguards on duty did their best to foil his sweet mooves. Vaughan Lawson, the lifeguard manager for North Devon said:

For this type of rescue there is no protocol and so we just had to do the best we could for the animal’s safety. We had lifeguards on jet skis to warn surfers of animal and after about 45 minutes we had got the bullock back into the shallow water.

Luckily, the lifeguards managed to cow him and he returned to shore safely where he is recovering in a shed. His owner is still befuddled though: “the whole herd was a bit unsettled because of the music from the festival but none of the others seemed to react in the same way.” The cow’s owner never elected to share the bullock’s name with the Daily Mail which leads me to conclude that he probably didn’t even have a name.

So he probably sought out this attention seeking opportunity to distinguish himself and separate from the oppressive, weighty, pressured nature of the herd. He was mooved by the spirit of individuality. Or you know, maybe he was just a crazy cow and I am seeking another pun opportunity.