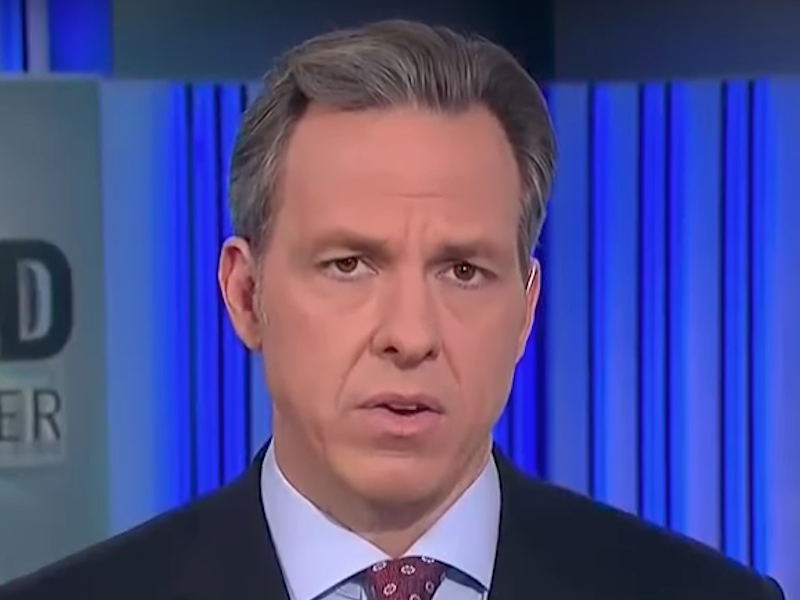 Jake Tapper responded to the president’s tweet bashing CNN on Wednesday morning, in the latest skirmish in the ongoing and never-ending war between Trump and the network.

Trump tweeted early Wednesday that he was “forced” to watch CNN while on his Asia trip, adding that he “again realized how bad, and FAKE, it is.”

The president also made sure to tweet about his favorite morning show, Fox & Friends, which he said “will be showing much of our successful trip to Asia”:

.@foxandfriends will be showing much of our successful trip to Asia, and the friendships & benefits that will endure for years to come!

Unsurprisingly, Trump sending out tweets like he’s a Fox & Friends producer with a profound disdain for CNN sent blue-check Twitter into something of a tizzy:

Quick question @realDonaldTrump – how did you know what would be on the NEWS over at @foxandfriends before it even aired? https://t.co/Pe9mtmL0B9

The president seems to have detailed knowledge of the Fox morning show’s broadcast plans. https://t.co/cLHDk3ppIN

Had been wondering if he had access to Fox News throughout his trip abroad. Apparently not! https://t.co/JljRtvX3sO

Trump knew what Fox and Friends’ program would be before it even aired today. ? https://t.co/MTj0GOaFZt

Phones buzzed with this tweet as the press plane touched down at Joint Base Andrews after Trump’s five country trip through Asia. Welcome home! https://t.co/tDbTrV1CvT

If only he were this tough on Duterte https://t.co/la3Dieus7s

Who forced you to watch TV? Names or it didn’t happen. https://t.co/ul76B1Imtu

Jet lag? 16 hrs on Air Force One yesterday back from Manila. Pres Trump first tweet today at 530AM – trumpeting success of his Asia trip – except he was “forced to watch” @CNN in The Philippines, he said.