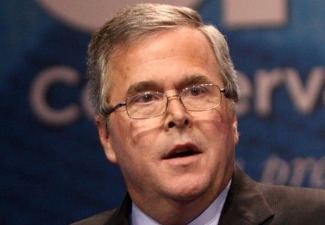 Jeb Bush, who may very well be running for president in 2016, recently set off conservative critics after saying illegal immigration is often an “act of love.” Bush got some pushback from Ted Cruz, who said the current immigration system is “not a humane” one, and Rush Limbaugh, who observed that Bush might be deliberately trying to “disqualify himself” from the Republican race by making that remark.

Bush defended himself when he spoke at a Connecticut Republican dinner on Thursday night, saying a “young and dynamic” political class should look at “immigration reform not as a problem, but as a huge opportunity.”

Bush acknowledged that the remarks “generated a little more news than I anticipated,” but dismissed any controversy and asserted that showing compassion for those trying to get into the United States is the right thing to do.

“I’ve been saying this for the last three or four years, I said the exact same thing that I’ve said regularly… And the simple fact is, there is no conflict between enforcing our laws, believing in the rule of law and having some sensitivity to the immigrant experience, which is part of who we are as a country.”

Bush also took a swipe at xenophobic tendencies towards minorities, relaying an anecdote he learned of a Miami high school student who was told to go home, conveying the idea that somehow they’re “not worthy of being successful in our country.”