FLASHBACK: Sharpton Gets Testy in 2011 Interview About FBI Connection 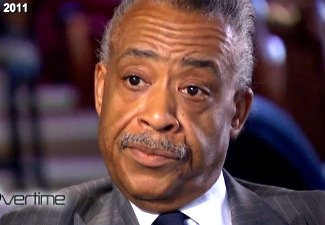 Al Sharpton rather adamantly denied he was an informant for the FBI this week after a report came out alleging he was after being busted in an FBI sting, but this isn’t the first time Sharpton’s faced this particular issue. CBS New York flagged an interview Sharpton did with 60 Minutes in 2011 in which the civil rights activist got rather testy with Lesley Stahl when she repeatedly asked him about his connection to the FBI.

In the exchange, from the Overtime segment of a 2011 60 Minutes episode, Stahl asked Sharpton directly if he was an FBI informant. Sharpton replied it’s “according to how you define informant,” and charged that the FBI tried to entrap him in a drug deal and failed. Stahl went through a scenario of how Sharpton ended up working with the FBI, but Sharpton rolled his eyes and gave an exasperated answer.

Stahl kept pressing the point, and Sharpton got a bit testy about it. She asked, “How did you become an informant?” Sharpton said, “I think I told you three times.” Stahl asked him, then, what he would call what he did. Sharpton said, “I cooperated and initiated some investigations, just like I have over my civil rights career.”