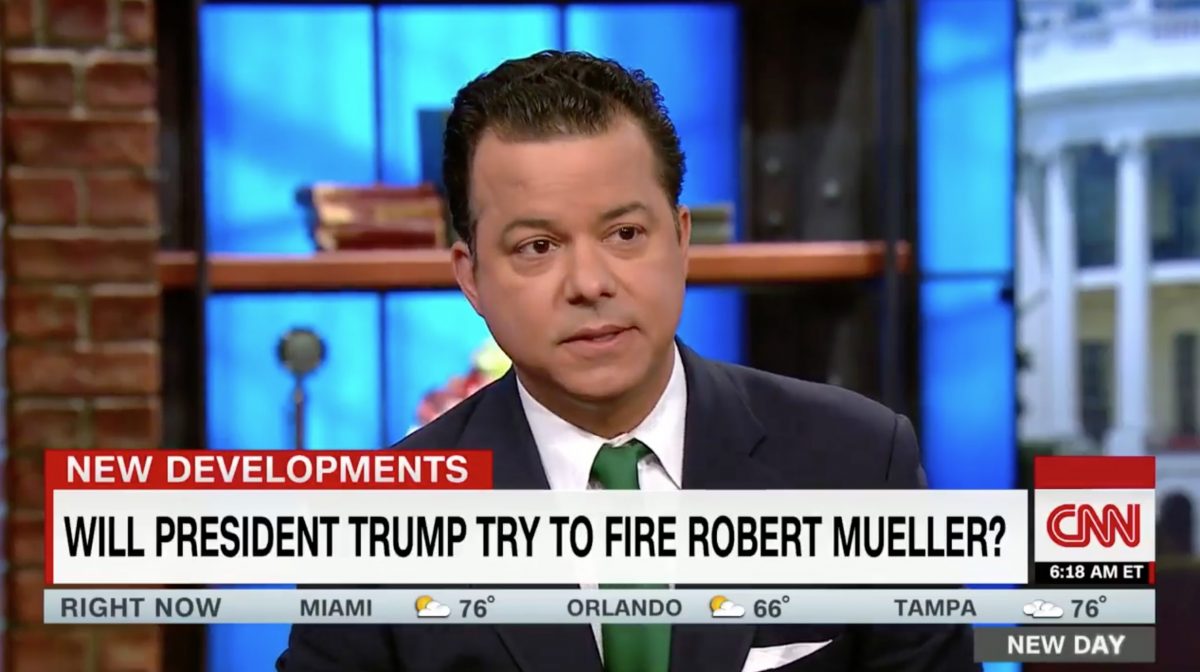 The Daily Beast has announced that Editor in-Chief John Avlon is departing the website to join CNN.

Avlon has been a regular contributor on the network for some time, but now he will serve with them full-time as an anchor and senior analyst. He took over the editorship of the Beast in 2013, after Tina Brown left the website she founded.

He confirmed the details while recalling his accomplishments with the Beast in a statement to his colleagues.

“I joined The Daily Beast as a columnist one month after we launched in 2008 and succeeded Tina Brown as Editor-in-Chief in the fall of 2013. The past 10 years have been an incredible journey and I’ve loved every moment of leading The Beast, but it’s time for a new challenge. I’m looking forward to joining CNN full-time as a senior political analyst and anchor while I also embark on my next book, Lincoln’s Farewell. I could not be more proud of what we’ve built, or the hungry, passionate team of reporters who are the heart and soul of The Beast. Creating this high-metabolism, high-morale newsroom culture has been key to our success. Over the past five years, we’ve more than doubled our traffic to reach over one million readers a day, with the highest engagement of any digital first news site while winning 17 journalism awards. My partner-in-crime in all of this has been our executive editor Noah Shachtman and I am delighted that he will succeed me as Editor-in-Chief. There is not a more capable or talented editor than Noah to lead The Beast in its next phase with creativity, vision and raw journalistic chops. The company is stronger than it’s ever been, and I look forward to cheering Noah and the team on as an avid fan, reader and friend. As I’ve often said, “Once a Beast, always a Beast.”

Executive Editor Noah Shachtman will take Avlon’s place at the head of the publication. Shachtman, who joined the Beast after serving as executive editor for Foreign Policy, is credited for driving the website’s recent Russia coverage.

Shachtman has issued a statement of his own, saluting Avlon and outlining his vision for the site’s future.

I’m so humbled, so excited. It’s such an honor to become The Daily Beast’s third Editor-in-Chief.

The news is still fresh, but I do have some early thoughts on where I see The Beast heading next. But first, I can’t thank enough my brother and partner John Avlon; his leadership is a major reason why so many observers now see The Beast as, pound-for-pound, the best news site around. I’m looking forward to working even more closely with our amazing managing editor, Katie Baker, as well as with Heather Dietrick, Mia Libby, Lauren Bertolini, Alison Zwerling, and the rest of the senior team.

The Beast has hit its stride in recent years by doing what we do best, which is essentially… being ourselves. Street smart, not fusty. Omnivorous and idiosyncratic in our tastes. Worldly, naughty, and always hustling. The kind of outfit that celebrates heroes where we find ‘em—Lord knows, we could use a few today—and goes after villains even harder. The kind of journalism that can’t wait to take a side, throw a punch, and go out for a drink when the fight’s done.

Avlon sent out a tweet in response to his move:

Just got finished talking to @thedailybeast team that I have been so proud to lead over the past five years – and I’m incredibly excited to join @CNN full time as senior political analyst and anchor, with @NewDay as homebase! pic.twitter.com/4kgp1Y59tF