John Podesta Fires Back at ‘Whack Job POTUS’: ‘Get a Grip Man,’ You’re at G20

John Podesta Fires Back at ‘Whack Job POTUS’: ‘Get a Grip Man,’ You’re at G20 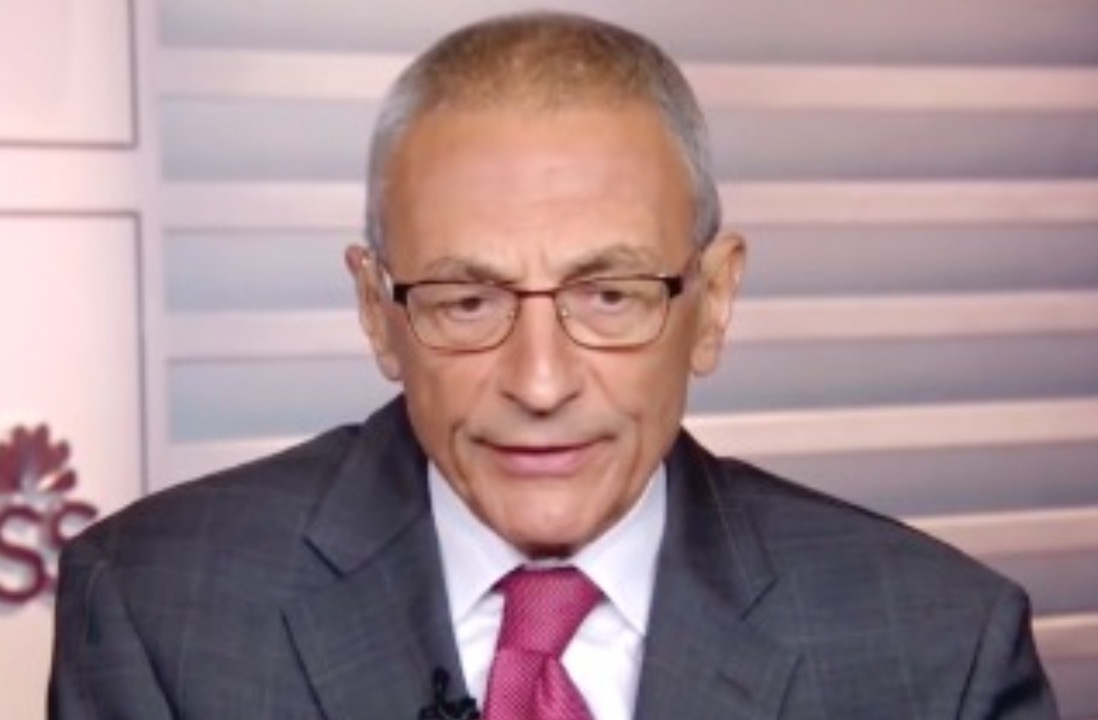 After being invoked by the president ahead of the G20 Summit, John Podesta has a message for Donald Trump: “Get a grip man!”

As Trump prepares to meet with world leaders today, he tweeted that everyone in Hamburg is talking about the “disgraceful” former campaign chairman for Hillary Clinton. It’s not entirely clear why Trump decided to target Podesta, though Mediaite previously noted that it could have something to do with a news article about Podesta’s time as a board member for Joule Unlimited, a green-energy company that received $35 million from the Russian government.

In any event, Podesta noticed Trump’s tweets, and he’s returning the favor:

1/ On a x-country road trip with my wife;

2/ Pulled in for a pit stop in E. Fairmont W. Va. to see that our whack job POTUS @realDonaldTrump is tweeting about me at the G20.

3/ Get a grip man, the Russians committed a crime when they stole my emails to help get you elected President.

4/ Maybe you might try to find a way to mention that to President Putin.

6/ God only knows what you’ll be raving about on twitter by the time we get to Utah.

UPDATE –– 4:12 pm ET: Podesta has now written a lengthier response in The Washington Post, which says, in part:

As president, Trump is supposed to be doing his job representing the United States in a respectable fashion to make sure we maintain and enhance our standing around the world. Instead, he has his face glued to his phone. It’s really sad that the U.S. president can’t get his head in the game even at the G-20 summit of world leaders.