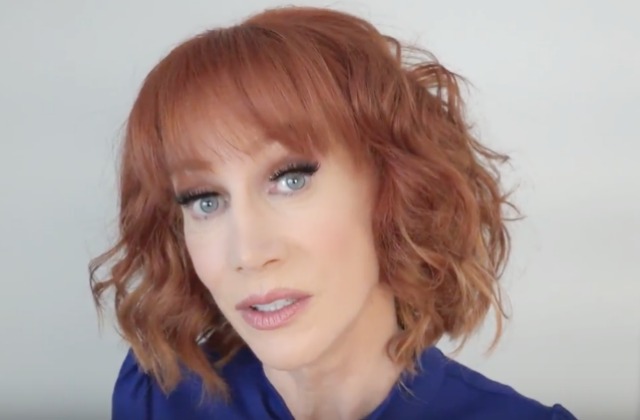 Kathy Griffin held up the bloody severed head of Donald Trump in a photoshoot, and naturally a lot of people on Twitter went off on Griffin as a result.

Some of the criticism, as you’ll notice below, points out that this would almost definitely have gotten a different reaction if it was a Democratic president’s severed head:

Let's just be honest here – if a conservative did this to a Democrat president the hell brought down on them would be immeasurable. pic.twitter.com/AS3Bo7Z7bc

I hope she enjoys the Secret Service visit https://t.co/qYNLa72s5t

Unfortunately, when someone does something at this level of inappropriate, it's almost impossible to not give them the attention they crave. https://t.co/7YLN9tcCYs

When will HOLLYWOOD stop trying to get laughs by encouraging violence/hate. I hope u will stand w/ me & say @kathygriffin crossed the line

Leftists, tell me again about Trump's violent language ushering in an era of violence https://t.co/AZwANHL4Ti

Kathy Griffin just handed Trumpers a "but what about…" excuse they'll repeat for years. Thanks for nothing, Kathy.

Not enraged by Griffin's deeply distasteful display, but if "climate of hate" rules are to apply, every Democrat must be badgered to condemn

Disgusting but not surprising. This is the left today. They consider this acceptable. Imagine a conservative did this to Obama as POTUS? https://t.co/QdghcbIjS7