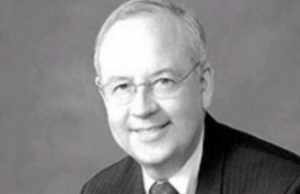 Indications from Baylor University are that the board of regents is preparing to remove Ken Starr from his position as school president. This may shape up as an ironic twist of fate for the lawyer-turned-administrator since his expected ouster is reportedly based on how he handled a sex scandal at the school.

Starr has been the president and chancellor at Baylor for the past six years, during which time the school has been dealing with at least eight major allegations of rape and assault against members of the football team. Even though Tevin Elliot and Sam Ukwuachu have been convicted of rape, the school and a near-dozen other players are still facing allegations and legal action dating back to 2009.

Football coach Art Briles and athletic director Ian McCaw have both been caught in the maelstrom of  incidents, but according to Horns Digest, sources say that Starr will be the first to be removed from his position.

As SB Nation noted, Starr’s removal would be a reversal of fate from when he was one of the biggest figures leading the charge against Bill Clinton for his sex scandal with Monica Lewinsky. Starr’s investigation was marred with controversy at the time, but in later years, he frustrated Clinton critics by offering a much more positive view of the former president’s legacy.

It is not yet clear whether the board of regents is looking to re-assign Starr or fire him outright, but he could be removed as president by the end of May.