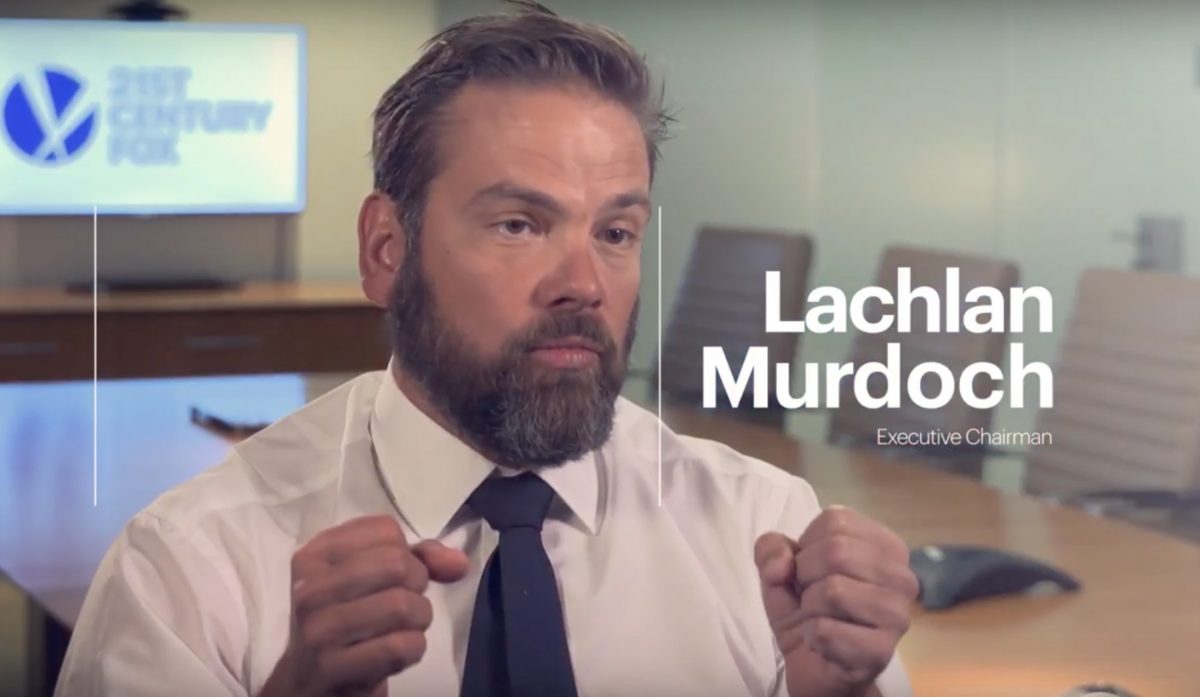 21st Century Fox has announced that Lachlan Murdoch — son of Rupert Murdoch — will serve as the CEO and co-chairman of the new business division formed from its still to be completed deal with Disney. Fox is currently trying to sell off $52 billion of TV and entertainment assets, and once the deal is finalized, the resulting company will be lead by Rupert Murdoch and his son.

“We have worked through the winter ‘standing up’ a reimagined independent Fox. The strengths of the new company, a leader in News, Sports and Entertainment, present truly unique opportunities,” Lachlan Murdoch said. “I am also personally very pleased that John has agreed to take on the role of Chief Operating Officer, and together we look forward to making further announcements as to the management and structure of this new Fox as we get closer to closing our proposed transaction with Disney.”

According to the announcement, Fox chief financial officer John Nallen will take on the role of chief operating officer as a result of the transaction. The announcement doesn’t say anything about what will happen to current Fox CEO James Murdoch, but Bloomberg reports that he is preparing to focus on his own endeavors in technology investments.