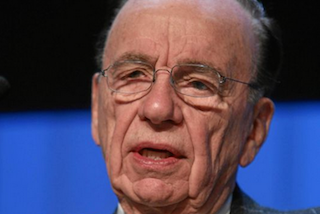 Looks like Bill Maher’s job is safe, for now.

In a surprise announcement Tuesday, Rupert Murdoch revealed that his 21st Century Fox has withdrawn its bid to acquire Time Warner. The initial proposal was estimated at $80 billion, a figure Time Warner turned down.

“We viewed a combination with Time Warner as a unique opportunity to bring together two great companies, each with celebrated content and brands. Our proposal had significant strategic merit and compelling financial rationale and our approach had always been friendly. However, Time Warner management and its Board refused to engage with us to explore an offer which was highly compelling. Additionally, the reaction in our share price since our proposal was made undervalues our stock and makes the transaction unattractive to Fox shareholders. These factors, coupled with our commitment to be both disciplined in our approach to the combination and focused on delivering value for the Fox shareholders, has led us to withdraw our offer.

21st Century Fox’s future has never been brighter. The strength of our leading franchises, combined with the power of our emerging growth businesses and the leadership positions of our international enterprises put us on a path for even greater success.

This significant return of capital underscores the Company’s ongoing commitment to disciplined capital allocation and returning value to shareholders in a meaningful way.”

Immediately following Murdoch’s announcement that he would no longer be pursuing the company, Time Warner’s shares fell more than 11%. Meanwhile, shares of 21st Century Fox were up nearly 10%.