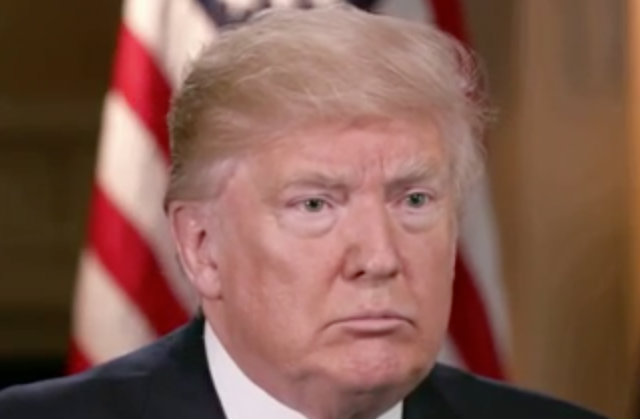 During President Donald Trump’s run of conservative talk radio interviews last week, the president claimed at that time that he had been in contact with nearly every family that had lost a military servicemember under his presidency. This statement came on the heels of Trump’s false claim that former President Barack Obama and other previous presidents did not call Gold Star families.

In an exclusive report last night, Roll Call obtained an email exchange involving the Pentagon that showed that the White House was aware that Trump had not contacted all of those families at that time and, in fact, the administration knew that it didn’t even have an updated list of all the soldiers who have lost their life this year.

The exchange between the White House and the Defense secretary’s office occurred about 5 p.m. on Oct. 17. The White House asked the Pentagon for information about surviving family members of all servicemembers killed after Trump’s inauguration so that the president could be sure to contact all of them.

Capt. Hallock Mohler, the executive secretary to Defense Secretary James Mattis, provided the White House with information in the 5 p.m. email about how each servicemember had died and the identity of his or her survivors, including phone numbers.

The email’s subject line was, “Condolence Letters Since 20 January 2017.”

In his interview earlier that day, the president told Fox News Radio that he believed he had called “everybody” but that he would “use the word virtually everybody” to describe his calls to Gold Star families.

Following Trump’s boast, the Associated Press reached out to 20 families and discovered that half of them had yet to hear from the president. Also, it was unclear of those families that had heard from Trump if those contacts were made this past week after the controversy blew up over the contacting of Gold Star families.

During an appearance at a White House press briefing earlier this week, White House Chief of Staff John Kelly indicated that Trump first asked for his advice on contacting the family members of fallen soldiers a few days ago, after Trump had been confronted on his 12-day silence on the deadly Niger ambush. Meanwhile, at another press briefing, White House Press Secretary Sarah Huckabee Sanders would only state that Trump had contacted families he had been presented information on.