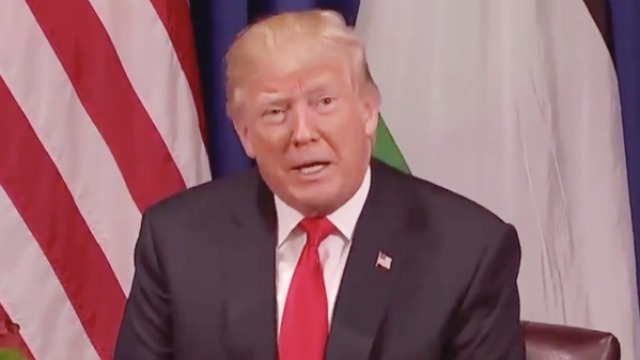 Among President Donald Trump’s various tweets this morning, he tossed out one that stated that he will be allowing the release of the “long blocked and classified JFK FILES.”

Subject to the receipt of further information, I will be allowing, as President, the long blocked and classified JFK FILES to be opened.

So, what is the president referring to here? Back in 1992, the Kennedy Assassination Records Collection Act required that the millions of pages of then-classified documents related to the John F. Kennedy assassination be released by October 26th, 2017. Over the years, most of those pages have been released, but there are still some that remain unseen. Those will now be released barring any action taken by the president before then, and it now appears Trump will not do anything to block them.

Of course, Trump is no stranger to the JFK assassination and conspiracies. During the GOP presidential primary last year, he hinted that Sen. Ted Cruz’s father may have played a role in the killing of JFK, pushing a claim that Raphael Cruz was associated with Lee Harvey Oswald.

Urge @realDonaldTrump to release the last of the classified JFK Assassination files- sign our petition https://t.co/dfNoImdeq2

After the president made his announcement this morning, Stone took credit for convincing Trump to allow the scheduled release:

Yes I urged @realDonaldTrump to release the classified JFK files . My hero ! https://t.co/KyUG8wCHBK