Lewis Black on PC Culture: Teach Audiences to ‘Lighten the F*ck Up’ 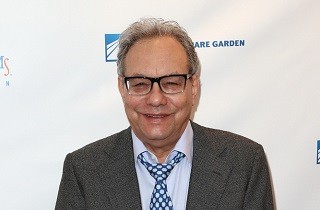 Comedian Lewis Black gave an interview with The Daily Beast in order promote his impeccable role as Anger in the new Pixar film, Inside Out. Black gave his thoughts on issues including Charleston, the Middle Eastern conflict, and said that Americans who refuse to vote for Bernie Sanders for fear of a socialist uprising had “a form of dementia.”

At the end of the interview, Black was asked to comment on a subject that has drawn the frustration of comedians across America: political correctness among younger audiences.

In recent weeks, Jerry Seinfeld and Bill Maher have bemoaned how PC culture has made audiences overly-sensitive to certain words, and keen to nitpick comedic elements as racist or offensive.

Unlike Seinfeld however, Black said that he has not stopped doing shows at college campuses, no matter the overbearing attitude he faces from certain millennials. Black said that whenever he senses a hot issue from the audience, he makes the first move to make the joke on them. “I just go after them. I just go after them for what they’re trying to pull,” Black said. “You don’t pull that kind of shit at a comedy show…they can take that bullshit, and go leave it at the door.”

“I go, ‘Here’s the words you stopped at. I can tell you precisely the words you fucking stopped at. You stopped at this word, and you went and made a judgment, and you didn’t hear the whole thing.’ Which means you don’t even know if it’s politically correct. When you walk into a comedy show, you leave it at the door. Ninety-eight percent of comics working are cognizant of the mores of the times, but they will go to the edge. That’s our job! If we don’t go to the edge, then what the fuck are we useful for?”

Black finished by saying that he understood the angst of his fellow comedians, but thought that the best way to shake younger audiences out of PC culture was by using shows as a chance to educate.

“There are things they get a little uptight about, but I don’t see it as an overriding thing,” said Black. “I’m not going out there to teach stuff, but that’s something you can teach them: to lighten the fuck up!”

Even while dealing with touchy audiences, it might be possible that Black’s lessons on “simple intelligence” just might break through the chill of PC culture.