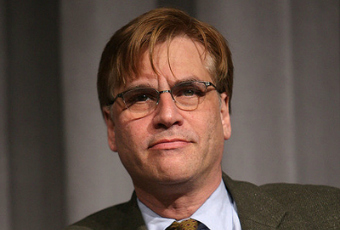 “Aaron Sorkin is why people hate liberals,” Pareene began. “He’s a smug, condescending know-it-all who isn’t as smart as he thinks he is. His feints toward open-mindedness are transparently phony, he mistakes his opinion for common sense, and he’s preachy.”

The famed screenwriter, Pareene argues, further fuels the “delusional self-regard” that harms the image of modern progressives: “He might be more responsible than anyone else for the anti-democratic ‘everyone would agree with us if they weren’t all so stupid’ attitude of the contemporary progressive movement. And age is not improving him.”

Pareene goes on to decry Sorkin’s “increasingly curdled and miserable worldview,” espoused most recently in The Newsroom when a “a dumb girl (dumb girls are this show’s primary villains) asks what makes America the greatest country in the world, which is the sort of question asked only by Sean Hannity, and Daniels says that it’s not: not just because of our poor infant mortality rate but also (and much more importantly) because as a society we no longer revere ‘great men.’ This is the same idiotic nostalgia that inspires your typical David Brooks column,” referring to the recent New York Times column in which Brooks laments modern society’s lack of admiration and gratitude towards authority.

Sorkin himself has described The Newsroom as a critique of the modern news industry for its heavy reliance on advertising revenue and sensationalist story-framing. Pareene takes him to task for this, noting that “[Lead character Will] McAvoy suggests that the evening news should be done as a public service, required by Congress to be aired without advertising as a condition of using the public airwaves, which sounds very nice at first, like most of Sorkin’s characters’ common-sense ideas.”

Pareene believes this view of the media is simplistic: “But think about it for 10 minutes and it falls apart. The networks use the revenue from ads to invest in the reporting of news, which is expensive, and if they had to do it for free, it’s reasonable to assume they wouldn’t spend much on the product. The evening news would be an intern reading the newspaper aloud.”