Lobby Is As Lobby Does: Why Pressuring The NRA To Back Gun Control Will Never Work 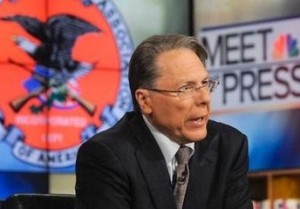 A report released today from a task force backed by the National Rifle Association has (surprise surprise) found that more guns in schools can make them safer in the event that a crazed gunman enters the building. Pretty much everything the NRA does garners outrage, but what we tend to forget in these political fights is that the NRA is a lobby. The NRA’s refusal to back any gun proposals should not be a surprise to anyone. No lobby wants restrictions on its products.

I’m not saying what the NRA is doing is necessarily right or wrong, but they are doing what a political lobby is supposed to do: defend their product. Being outraged at the NRA for insisting on less gun restrictions is like getting outraged at the beef lobby for arguing that you ought to be eating more meat. The Huffington Post did an extensive report on the ties between the NRA and the gun industry, asking who exactly the NRA is serving.

“[T]hat alliance, which has grown even closer in recent years… has led to mounting questions from gun control advocates about the NRA’s priorities. Is the nation’s most potent gun lobby mainly looking out for its base constituency, the estimated 80 million Americans who own a firearm? Or is it acting on behalf of those that make and sell those guns?”

Once you realize the NRA is just hawking a product, then a lot of what they do makes much more sense. But headlines like “The NRA’s Next Assault on Gun Control”, or when Wayne LaPierre was called a “gun nut” and the “craziest man on earth” are just misguided. Why is it so shocking and surprising that the leaders of an organization that promotes guns and gun rights do not acknowledge that guns are the problem? Again, I’m not talking about this through a prism of what is right and wrong, but what the function of a lobby is.

Much has been made of how the NRA advocates for things that a majority of gun owners disagree on, such as background checks. The New York Times approached this from the same perspective in an editorial leading up to that infamous press conference last December.

In recent years, the N.R.A. has aggressively lobbied federal and state governments to dilute or eliminate numerous regulations on gun ownership. And the clearest beneficiary has been the gun industry…

The industry has, in turn, been a big supporter of the N.R.A. It has contributed between $14.7 million and $38.9 million to an N.R.A.-corporate-giving campaign since 2005, according to a report published last year by the Violence Policy Center, a nonprofit group that advocates greater gun control. The estimate is based on a study of the N.R.A.’s “Ring of Freedom” program and very likely understates the industry’s total financial support for the association, which does not publicly disclose a comprehensive list of its donors and how much they have given.

The NRA does have its fair share of good points (arming teachers might be too much, but trained security officers at schools sounds reasonable). But it is a lobby with a set goal of promoting guns and the rights of people who own guns, and any lobby, no matter what its product may be responsible for, is going to continue defending that product without qualification.

Now, the amount of influence that lobby has… well, that’s another thing entirely