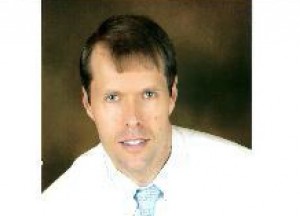 It turns out Republican presidential frontrunner Donald Trump isn’t the only trash-talking GOPer who knows how to play the media like a color-coded Saxaboom. Newly-elected Travis County Republican Chair Robert Morrow (R-TX) is breaking big on social media thanks to his social media self-immolation and flouting of his local political establishment:

Morrow’s election as Republican chair of the fifth-largest county in Texas left several members of the Travis County GOP, including vice chair Matt Mackowiak, apoplectic. Mackowiak, a Republican strategist, immediately announced over social media that he would do everything in his power to remove Morrow from office.

“We will explore every single option that exists, whether it be persuading him to resign, trying to force him to resign, constraining his power, removing his ability to spend money or resisting any attempt for him to access data or our social media account,” Mackowiak told the Tribune. “I’m treating this as a coup and as a hostile takeover.”

“Tell them they can go fuck themselves,” Morrow told the Tribune.

Like Trump, Morrow is reveling in the attention, and fanning the flames with increasingly berserk tweets like these:

Marco needs to go to those gay foam parties. https://t.co/fGVZG6LoHh

@bwear I am also expert in Rick Perry’s rampaging bisexual adulteries. This is a man who campaigns with Bible and funds gay prostitutes!!

The similarities to Trump don’t end at the unhinged Twitter feed, though. Morrow’s bid for office was supported by none other than former Trump adviser Roger Stone, who takes credit for Morrow’s victory:

Morrow is reveling in the attention, and ratcheting up his attention-getting antis. He’s set to assume office in June, right about the time Donald Trump will be selecting a running mate.