Majority Say They No Longer Trust, Believe in Obama After Obamacare Fiasco 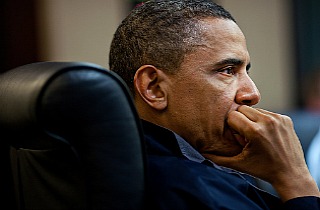 The White House could not be happy with the results of the latest CNN/ORC survey. The poll shows that, as a result of the problematic implementation of the Affordable Care Act, majorities no longer believe in President Barack Obama’s competency or trustworthiness.

For the first time, a majority told CNN/ORC pollsters that they do not believe Obama is trustworthy. 46 percent believed Obama to be trustworthy and honest while 53 percent did not.

By a 20 point margin, the public no long believes Obama “can manage the government effectively.” 60 percent told pollsters they do not believe Obama is a competent manager while only 40 percent said they did. In June, 47 percent believed Obama was an effective manger of government while 53 percent did not share this point of view.

The poll was not all bad news for the president. 71 percent told pollsters Obama is “likable” compared to just 29 percent who said he is not. 52 percent said they believed Obama “cares about people like you” while 48 percent insisted that he does not.