Mark Levin Goes Off On Obama, Pelosi, Reid, And ‘Gutless’ Republicans For ‘Destruction Of America’
audio

Mark Levin Goes Off On Obama, Pelosi, Reid, And ‘Gutless’ Republicans For ‘Destruction Of America’ 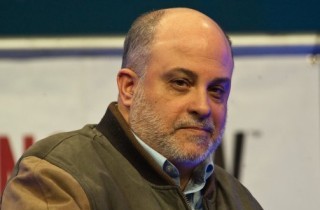 Reacting to the news that Pelosi told Fox News Sunday that it’s a “false argument to say we have a spending problem,” Levin went on a tirade against Democratic leaders and the “thumb-sucking” Republicans who go along with their policies.

“You should view these politicians with the deepest contempt you can possibly imagine,” he said. “What they are doing to this country, what they are doing to our finances – there is not a criminal in any federal prison, state prison, city or county jail, with respect to financial crimes of any sort, who collectively could have done the kind of damage that Barack Obama and Harry Reid and Nancy Pelosi and, yes, willing, timid, gutless Republicans have done to this country, to your future, to your children and your grandchildren.”

He concluded: “Any politician with an ounce of common sense should be getting on any soap box imaginable and screaming from the top of their lungs that these policies are destroying America.”