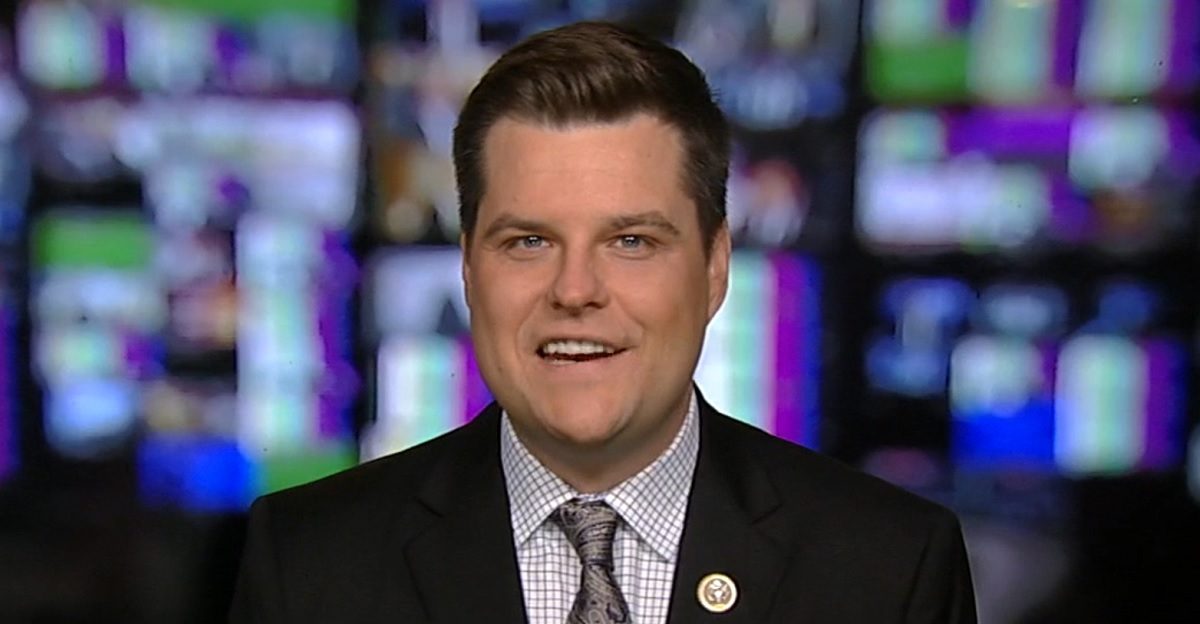 Rep. Matt Gaetz (R-FL) says he has personally apologized to Michael Cohen for the threatening innuendo he sent his way before his congressional testimony.

I’ve personally apologized to @MichaelCohen212 4 referencing his private family in the public square. Regardless of disagreements, family members should be off-limits from attacks from representatives, senators & presidents, including myself. Let’s leave the Cohen family alone.

Gaetz received scrutiny this week over a now-deleted tweet suggesting that Cohen’s hearing would unearth a trove of sordid allegations that would ruin the former Donald Trump lawyer’s family life.

“Do your wife & father-in-law know about your girlfriends?” said Gaetz. “Maybe tonight would be a good time for that chat. I wonder if she’ll remain faithful when you’re in prison. She’s about to learn a lot…”

Critics have pummeled Gaetz for that tweet by calling it unethical and an act of witness intimidation. The congressman previously apologized to House Speaker Nancy Pelosi for his comments, and his conduct is now under investigation by the Florida State Bar Association.