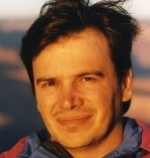 If you’re searching for a new Gordon Gekko, someone who personifies the financial bungee jump Wall Street just took us all on, John Thain should not be your first choice. And not just because he acts and even looks a little like Clark Kent, albeit with Bruce Wayne bucks.

Thain was a top executive at Goldman Sachs until he fell out of favor with the firm’s CEO. In December 2003, he bolted from Goldman in order to run the New York Stock Exchange, where he will be best remembered for not being Richard Grasso, whose extravagant pay package was a scandal during less turbulent economic times.

In November 2007, Thain was tapped to become chairman and CEO of Merrill Lynch, which was already reeling from the subprime crisis and whose “thundering herd” were now marching in lemming formation. He lasted all of 26 months, during which time the world, as Wall Street knew it, ended. Merrill sold itself to Bank of America last September on the day Lehman Brothers folded. But Thain’s new boss, Ken Lewis, reacted badly to, among other things, his taste in office furniture (including a $68,000 antique credenza) and he was canned last January. In a minor upset to Matt Taibbi and other believers in Goldman Sachs conspiracy theories, he hasn’t yet been appointed undersecretary of finance at the Treasury.

Unlike Taibbi, I’d be happy if all the world’s economic problems since the Great Depression could be blamed on Goldman Sachs. That would lend itself to an easy fix. Just re-elect Eliot Spitzer as New York attorney general, point him downtown toward Goldman’s headquarters, and say, sic ‘em!

To his infinite credit, Taibbi has received a good deal of attention for his article “The Great American Bubble Machine” in the latest issue of Rolling Stone magazine. Taibbi, the youthful face of the franchise and a 2008 National Magazine Award winner, can be an engaging, and insightful, if occasionally bombastic writer (In the first paragraph of his latest article he describes Goldman Sachs as “a great vampire squid wrapped around the face of humanity, relentlessly jamming its blood funnel into anything that smells like money.”

And maybe John Thain, who Taibbi lists as one of the powerful Goldman Sachs alumni (along with Hank Paulson, Robert Rubin, and numerous others) who bend the world to their will, is cloning himself in Brazil. Let’s see if the clones do a better job of dominating the universe than Thain, who often seemed a tragi-comic figure during the financial crisis.

What’s interesting is how much Taibbi’s article has resonated – and not just with the people who swear that the moon landing was staged or that the U.S. government was behind the 9/11 attacks. Folks who work on Wall Street or write about it for a living were talking about it, mostly but not only for laughs. Even a former employee, who knows better than to think the firm had inflated and pricked every financial bubble since Joseph Kennedy Sr.’s shoeshine boy offered him stock tips in 1929, told me Goldman can be its own worst enemy. Its aggressive, stealthy ways infuriate rivals. And right on cue, on July 9th, Goldman announced that it was poised to surpass its 2007 trading-record revenue, setting the stage for big bonuses just six months after the firm had to rely on government guarantees to issue debt.

But conspiracy theories about Goldman and the shadow government it runs have been around for a long time, and Taibbi’s piece doesn’t shed much if any new light, though he does raise the ante. And the thought that Goldman created the dot-com bubble is just silly – during the technology mania in the late ‘90s, Goldman often seemed like it was playing catch-up. Between 1996 and the end of 2002, Goldman was third in tech I.P.O.’s, its market share nearly 8 percentage points behind frontrunner Merrill Lynch. It’s a bit like blaming Halliburton not just for the invasion and botched occupation of Iraq but also for the rigged vote during recent elections in Iran. And how is it that Dick Cheney never worked for Goldman? Or did he?

If you really believe in Government Sachs, here’s some advice: buy the stock. It’s a relative bargain these days. Make the vampire squid work for you!