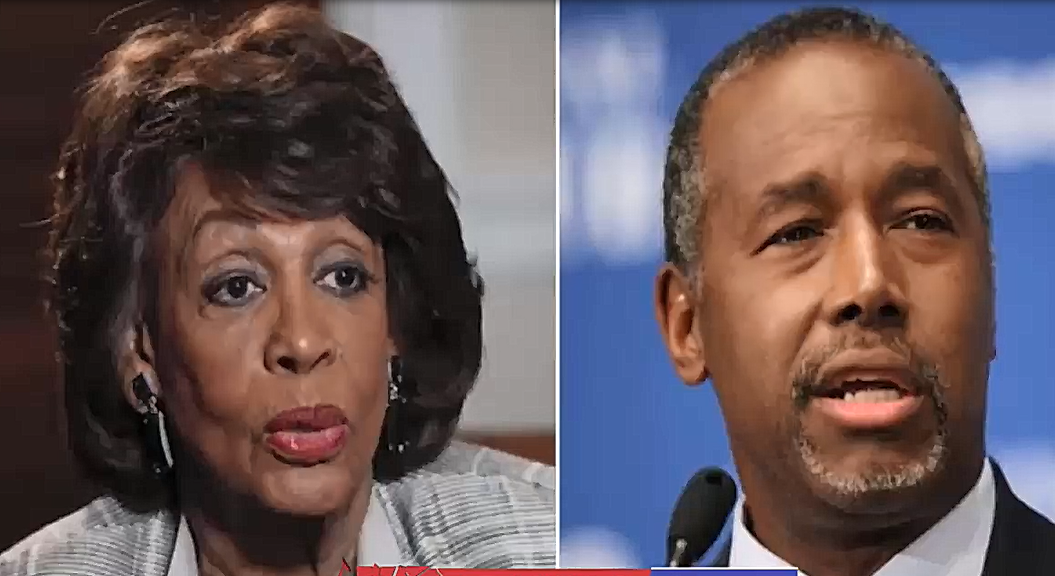 Director of Housing and Urban Development, Dr. Ben Carson has a unique perspective on the hardships one faces in much of America’s inner cities and the obstacles that must be overcome to get out.

Primarily raised by a single mother in poor neighborhoods of Detroit, Carson went on to become one of the most well respected neurosurgeons in the world.

Dr. Carson has used his platform to espouse the virtues of personal responsibility over victimhood and serves as a concrete example that poverty is not inevitable based on early life circumstances.

That narrative does not sit well with the Democrats and California Congresswoman Maxine Waters let Carson know just how she feels about his opinions on poverty.

Speaking at the Essence festival in New Orleans, Waters said HUD Secretary Carson does not care about public housing residents and the poor.

“He doesn’t care about people in public housing. He believes that if you are poor, it is your own fault,” Waters said of Carson, according to The Hill.

Waters made it clear that if Carson were to find himself in front of the House Financial Services Committee on which she sits, he will not “get a pass.” Instead, she has other plans for the former Johns Hopkins neurosurgeon.

“If he thinks I am going to give him a pass, I’m going to take his ass apart,” Waters said, according to Essence.

Ben Carson has drawn the ire of the left ever since he came on to the national scene. In many ways, he is the polar opposite of the what critics see as a message of victimhood and “a minority can’t get a fair shot” put forth by the Democratic party.

Carson also said in May that poverty was “a state of mind.”

Rather than preach victimhood, telling inner city youth they are doomed from birth or telling the poor to blame others for their plight, Dr. Carson has chosen to promote hard work and perseverance.

Maxine Waters may have a point. Perhaps Ben Carson feels that if you are poor in America today, it is, very often, your own fault. Constantly telling poor folks it’s someone else’s fault they are poor hasn’t seemed to do much to lift them out of poverty, has it?