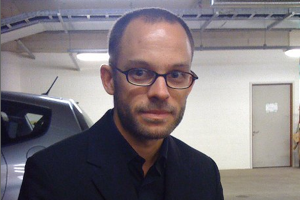 It’s been a few weeks since the latest character-obliterating bombshell out of Wikileaks’ secret lair. The Julian Assange sex scandal hasn’t progressed in weeks, the Afghan War Diary leaks are on hold, and even the few quiet voices of intrigue have simmered down– except for one. Daniel Schmitt (real name Daniel Domscheit-Berg), the highest-profile spokesman for Wikileaks aside from Assange, has announced he is stepping down in light of long-standing resentment between him and his boss.

Schmitt leaves an opening in the company for senior spokesman, though the job is not for-profit and– shockingly– it turns out Julian Assange is a bit of a demanding boss. “Julian Assange reacted to any criticism with the allegation that I was disobedient to him and unloyal to the project,” Schmitt told Der Spiegel. He also told them that “there is a lot of resentment there and some others, like me, will leave.” The full interview will be released tomorrow.

Adrian Chen over at Gawker believes this will be devastating for the organization: “This is a huge blow to Wikileaks. Schmitt was the most visible face of the organization besides Assange, and he acted as a much-needed rational counterbalance to Assange’s bluster and conspiracy theorizing.” Yes and no. Yes, Schmitt appealed to the more serene anti-government elements that could, perhaps, find something appealing in Wikileaks, and it is an indisputable confirmation of the rumors coming out of the organization– that Assange is unhinged, power-hungry, and doesn’t take too well to harsh criticism. In other words, Schmitt leaving is to Assange what John Dean leaving early would have been to a Nixon administration in its industry– what would the Nixon crowd have looked like without the one adviser who thought maybe burning down the Brookings Institute was a bad idea? Probably something like a Wikileaks in which Assange’s authority is all-encompassing and unquestionable.

On the other hand, Wikileaks is a private organization started by one hacker with a crazy idea. There’s something poetic about it returning to its roots– an insane one-man operation led by an uncontrolled genius. The more important Assange is to Wikileaks– and he loses importance with the rise of every other prominent member of Wikileaks– the safer he is, and the safer he is, the stronger the possibility of Wikileaks merely existing.

More important to all of this is whether the remaining Afghan War Diary files– and the innumerable leaks the organization has yet to sift through regarding almost every major operation on earth– will see the light of day. That will determine the future of Wikileaks more than anything else– not whether they’re brave enough to publish the remaining files, but whether they will be able to resist the pressure, whoever they are that remain.

Update: because there is no objective reality in the Wikileaks world, it’s now uncertain whether Schmitt’s assertion that he resigned is true, or whether he was “suspended.” This is what the Wikileaks Twitter is currently affirming: “Spiegel report Schmitt resigned which is misleading. Schmitt was suspended a month ago.”