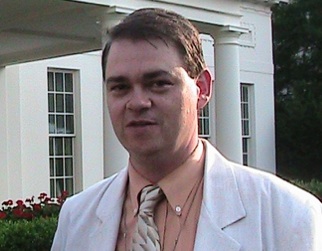 As a nation sat agape at Casey Anthony being found not guilty of killing her young daughter Caylee, many in the media who had no public doubt of her guilt railed against the jury. But as Mediaite’s Tommy Christopher explained to host BC Thomas on WBGN’s The Sports Guys, the legal burden of proof for murder is far higher than the standards required of responsible journalism.

Christopher visited The Sports Guys to give his immediate reaction within the hour of the verdict, and admitted that upon first look, it did “remind me a lot of the OJ trial.” He explained that while he understood “there’s a compelling circumstantial case against [Anthony],” what many who are outraged by the verdict don’t understand is that the burden of proof is “beyond a reasonable doubt,” and that should any such doubt arise, the jury could not reasonably convict her. While the media could speculate that there was evidence against her and give their opinions on that, Christopher argued, an opinion and a verdict require different levels of certainty. “You can print things that are fine to say,” he noted, “or say them on TV,” as there was a significant difference between what is responsible journalism and justice.

Thomas agreed, emphasizing the idea that it’s better for “a murderer to walk the streets free than an innocent person to be behind bars,” but could see how “the whole idea doesn’t play out with the general public,” particularly given the reporting of Nancy Grace and others who rarely take the side of the defendant when reporting on legal stories. “Very rarely do you turn on Nancy Grace and hear her say, ‘she’s innocent.'” Christopher agreed that the media’s takes on these issues seem to make it more difficult for the public to fully understand that “even a guilty person has rights,” though went on to defend the media for concluding what they did with the evidence they had, once again highlighting the differences between the journalist’s burden of proof and the jury’s.

Ultimately, Thomas and Christopher agreed that the media and entertainment worlds would do a great service to educate the public more on how criminal procedure works, though settling against blaming the media entirely for the outrage. The full conversation via WBGN 1340 below: