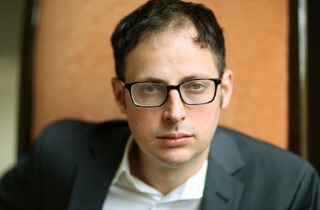 Nate Silver is not Tiresias. He’s just a nerd who sets betting lines.

As Democrats freak out over ESPN-owned FiveThirtyEight‘s data crunching for midterm senate elections, the party is breaking the cardinal rule of Vegas: the betting line is always vulnerable if/when you play it correctly.

Silver, an oddsmaker with a solid track record, now operates under the delightful guise of “data journalist,” but it’s the Silver fox’s forecasting that keeps political parties on the edge of their concession speeches.

So, Dems, leave your bitterness at the craps table and treat Nate Silver like he’s Vegas incarnate. Here’s how to play the game:

1) START BY IGNORING HIM: Owners, coaches, and players don’t denigrate themselves by discussing the line—that’s for the fans—and they NEVER start that conversation in public. By responding to Silver’s prognostications, Dems have already made the fatal admission of insecurity. Bettors (otherwise known as voters) will carry that insecurity right into the booth. Silver becomes the Chicken and/or the Egg.

2) LET THE LINE SETTLE: Lines that make noise usually bring quick reactions from the public. Use Silver’s forecasting as a barometer for how voters are reacting to the prognostication rather than endowing Silver’s work with an irreversible reality. Let that research, not Silver’s, affect procedure.

3) IF YOU ARE ASKED, PLAY THE UNDERDOG ROLE: “And what the American people like is to think the underdog still has a chance.” That’s a quote from George Steinbrenner, who knows a thing or two about playing favorites. Once the line has settled, use Silver’s prediction as a motivational tool. If the betting line doesn’t believe in the Democratic Party, make that the line of your campaign.

4) THE LINE IS ALWAYS WHAT YOU EXPECTED: Odds making is accomplished with the head, not the heart. It should never raise or lower the pulse of the participants. Project the notion you are right where you want to be, and let the public talk themselves into that confidence. The line will start to shift.

5) NARROW THE FOCUS: Statistics take winning and losing to a remarkably simple (and accessible) level– that’s why Nate Silver probably drives a nice car now. Narrow that broad focus to increase your odds of winning. “I understand the current prognostications, but if the campaign accomplishes this, this, and this, we will win.” It’s a textbook way to let the geeks know you control the playing of the game– they are on the computer screen looking in.

Don’t fool yourselves, Dems. Silver’s house always seems to win, even when it loses. Use his spread and the publicity to your advantage.