Must Reads: The Day Bitcoin Died?
MUST READS

Must Reads: The Day Bitcoin Died? 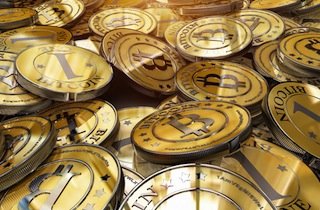 Every a.m., Mediaite publishes a primer of what the interweb machine is writing, talking, tweeting, and blogging about, so that you may fool friends and family into thinking you are a trove of information and insight. Today: Bitcoin is having a bad few days/weeks/months, inside Jerry Brown’s plan to remake California’s water supply, and the continuing debate over the listicle-ization of global news.

This was just a matter of time: “Mt. Gox, once the world’s biggest bitcoin exchange, looked to have essentially disappeared on Tuesday, with its website down, its founder unaccounted for and a Tokyo office empty bar a handful of protesters saying they had lost money investing in the virtual currency.”

“The Great Hiccup: Bitcoin is Growing Too Fast for its Technology to Keep Up” (Economist)

This, too, was just a matter of time: “With Bitcoin, an online ‘cryptocurrency,’ a fairly simple flaw seems to have cost $5.3 billion. That is how much the value of all of the Bitcoin in the world has fallen over the past two weeks, after a bug caused several Bitcoin exchanges to halt withdrawals temporarily.”

Mt. Gox was unprepared for the security lapse, potentially one of the reasons behind its sudden disappearance.

Madrigal has a thoroughly-reported piece on Governor Jerry Brown’s $25 billion water-transfer project. “It is an audacious plan,” Madrigal writes, “one that seems to come from another era, where governments were more ambitious in their transformation of the natural world.”

“Is It ‘Too Trivial’ for Complex Geopolitical Stories to Use the Same Techniques as for Horses That Look Like Miley Cyrus?” (Emily Bell, Guardian)

Bell tackles Sarah Kendzior’s piece in POLITICO Magazine last week that argued the listicle-ization of news was decontextualizing situations like the one in Ukraine. Bell basically takes Kendzior’s comment about BuzzFeed et al “dumbing up” global news at face value: