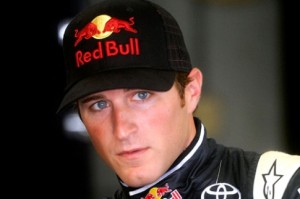 NASCAR driver Kasey Kahne apologized late Wednesday for controversial tweets he had written criticizing public breastfeeding. “I understand that my comments regarding breastfeeding posted on Twitter were offensive to some people,” Kahne acknowledged in a statement on his Facebook page. “For that, I apologize. It was in no way my intention to offend any mother who chooses to breastfeed her child, or, for that matter, anyone who supports breast feeding children. I want to make that clear.”

Kahne earlier had tweeted he was grossed out to see a woman breastfeeding in a supermarket, hashtagging #nasty and said he didn’t feel like shopping or eating anymore after seeing it. After a woman told him she disagreed, he called her a “dumb bitch.”

“In all honestly, I was surprised by what I saw in a grocery store,” Kahne continued. “I shared that reaction with my fans on Twitter. It obviously wasn’t the correct approach, and, after reading your feedback, I now have a better understanding of why my posts upset some of you.”

Kahne also apologized to the woman who he insulted after she had defended breastfeeding in public.