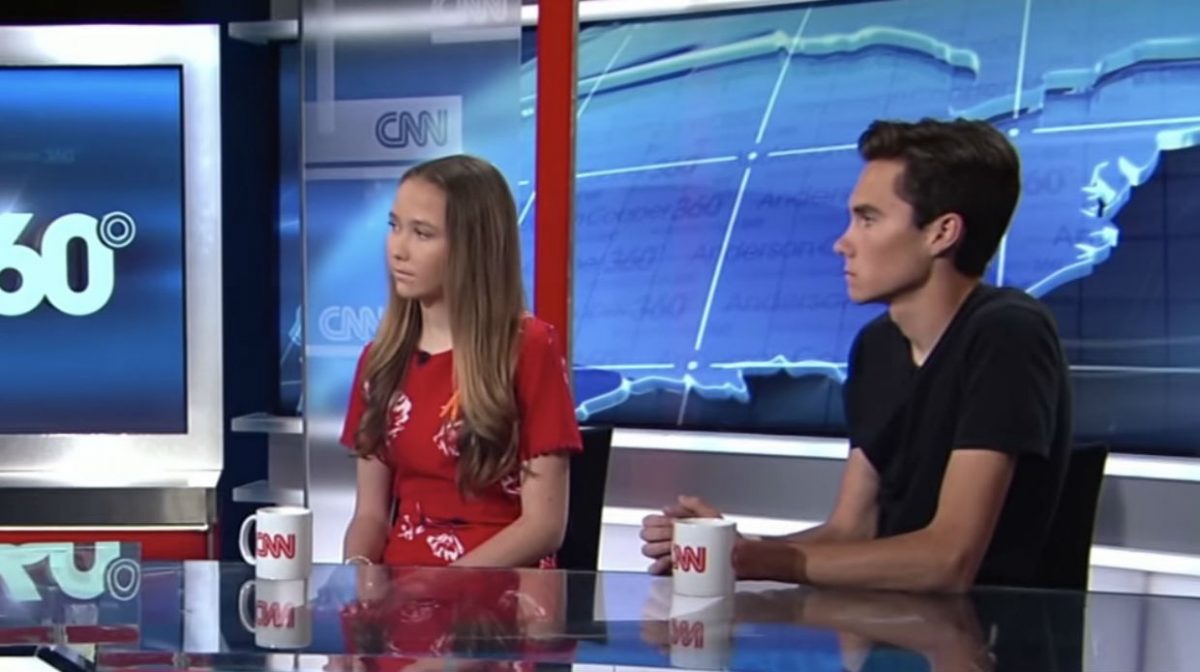 Parkland survivors David Hogg and Lauren Hogg have signed a book deal with Random House, according to Entertainment Weekly.

In the aftermath of the deadly shooting at Marjory Stoneman Douglas High School that left 17 dead in February, the Hogg siblings became regular features on cable news and outspoken advocates for stricter gun control laws to help protect kids.

Their book, #NeverAgain: A New Generation Draws the Line will chronicle their efforts to raise awareness and the start of their movement.

“In times of struggle and tragedy, we can come together in love and compassion for each other,” David Hogg said in a statement about the planned book. “We can see each other not as political symbols, but as human beings.”

He also announced the book deal on Twitter on Wednesday, noting the money raised will “help heal the community.”

Today @lauren_hoggs and I are announcing our book #NeverAgain that tells the story of the foundation of this movement for those we lost. Lauren and I will be using the money made from the book to help heal the community. #NeverAgain out June 5th https://t.co/Vh2gWVWNGq

Lauren Hogg also spoke about the book, noting in a statement obtained by Entertainment Weekly, “from our loss, our generation will create positive change.”

David Hogg, 18, was recently involved in a high-profile Twitter feud with Laura Ingraham that erupted after the Fox News host mocked the high school senior for not getting into UCLA and three other top-tier schools.

Shortly after that, Ingraham went on what Fox News described as a pre-planned vacation from the show amid an ad boycott drama and David Hogg announced he would take a gap year before attending college.

The book will be released on June 5th.