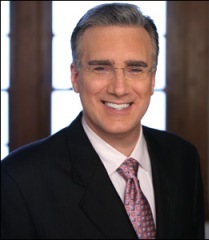 Well this is different.

The New York Times‘s David Carr weighed in today on Keith Olbermann‘s search for dirt on Glenn Beck and more.

And Olbermann wasn’t too happy with the conclusion Carr drew, as evidenced by his lengthy Daily Kos response.

While Mr. Beck may be serving as a proxy for the party of opposition, his targets are members of the administration, a rugged game to be sure, but not one that attempts to investigate journalists and commentators for having contrary opinions. What might Mr. Olbermann do if someone digs up dirt on his intended targets, who, like him, work in the infotainment industry and have been elected by no one? Once the game of oppo research on the press begins, it’s hard to tell where it might stop, no?

Olbermann quickly responded to correct the record on what he felt was Carr’s faulty timeline. He gave a response to Carr, but also in a long blog post on Daily Kos. His point boils down to this: they started it. “NewsCorp has been playing this game since I left its employ in 2001 mostly in Page Six of the New York Post,” he says, before listing several examples. He concludes:

Yet, all of this does raise an issue. Just because Fox and Beck have done this, do I want to? Do I want to, even for a moment, be Glenn Beck? I mean, I am risking at least three things he doesn’t have: the respect of my peers, self-respect, and a conscience.

Well, wow. On the surface, there’s the question of whether this admission here means he plans to take back his call to dig up dirt on Beck. We’ll find out tonight – he promised to make a similar call to his TV viewers as well.

But there’s also something else. As Carr points out, both Olbermann and Beck work in the “infotainment industry,” and Carr is very clear in his specific avoidance of making a distinction between the two hosts. Olbermann clearly see himself as far different. Notably, that he has (and Beck doesn’t have) “the respect of my peers, self-respect and a conscience.” There may be some people, including those at his own network, who would certainly disagree with the first one.

As for the rest, well – have at it commenters.