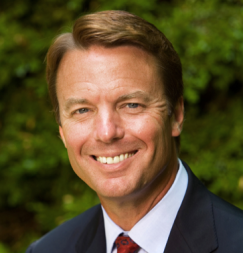 Another day, another scandalous political book being leaked to the press. I’m going to wager that after the Going Rogue deluge, followed by the Game Change deluge, the country may not have much more attention to give to the bad behavior of our pols…particularly John Edwards. Nevertheless, here’s the latest dirt on Edwards courtesy of his former aide Andrew Young, the guy who initially took responsibility for Rielle Hunter’s baby.

Someone over at the WSJ blog ‘Washington Wire’ apparently managed to snag an early version of Andrew Young’s upcoming Edwards tell-all ‘The Politician.’ Other juicy bits from the book have made their way into the media prior to this, courtesy of a leaked book proposal and an A-1 takedown at the New York Times, which noted among other things Edwards promise to Hunter that “after his wife died, he would marry her in a rooftop ceremony in New York with an appearance by the Dave Matthews Band.” To be honest, in the aftermath of Game Change revelations and Edwards’ own admission that he fathered Hunter’s child, most of these frankly seem rather tame (unless, of course, the book comes with a complimentary sex tape). Nonetheless, if you’re not already entirely disgusted with Edwards these remaining tidbits should do the trick:

You can read the rest here.