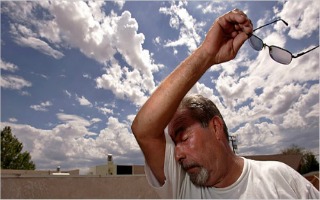 A scientific study has linked political attitudes towards climate change, and individual political leanings, to how we view the changes in local weather and even how we perceive temperature. The findings of the study are rather shocking – political ideology impacts how hot we think it is outside.

The results were fascinating. For obvious trends, like floods or periods of draught, there was little evidence that political beliefs impacted how individuals viewed the weather – each respondent accurately identified the weather patterns. However, for temperature fluctuations, the results varied dramatically.

[T]hose cultural affiliations had about the effect you’d expect. Individualists, who often object to environmental regulations as an infringement on their freedoms, tended to think the temperatures hadn’t gone up in their area, regardless of whether they had. Strong egalitarians, in contrast, tended to believe the temperatures had gone up.

The authors of the study conclude that “climate change has become perceived as a form of cultural affiliation for most people.” They find that people view temperature changes through the filter of their personal belief in or rejection of climate change theory.

“In other words, we tend to interpret the temperatures in a way that reinforces our identity, and our connections with others who share similar political persuasions,” reads John Timmer’s report in Ars Technica.

The implication is clear: the next time some asks you if “it’s hot enough for you,” that individual is clearly a granola-crunching hippie. For climate change skeptics, it’s never going to be hot enough.