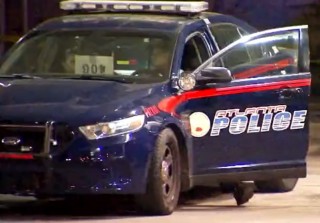 The study, carried out by Harvard economist Roland G. Fryer Jr., vindicated many of complaints that black community have made for years. Police are more likely to lay hands on a black suspect, draw their weapons, push them against a wall, use handcuffs, or push them to the ground than if the suspect is white and in a similar situation.

But one finding from the analysis of 1,332 shootings in the past fifteen years was surprising; police are actually more likely to shoot a white suspect than they are a black suspect in a similar situation. This comes despite the fact that black and white suspects are equally likely to be carrying firearms.

Fryer went a step further and examined cases were police could have opened fire, but chose not to. Once one includes incidents where suspects resisted arrest or were tased, the study found that police were a whopping 20 percent more likely to shoot white suspects in the city of Houston.

“It is the most surprising result of my career,” said Fryer, who is himself black, to The New York Times. He suspects that the discrepancy may have to do with the scrutiny and high cost that comes with an officer-involved shooting, compared to lesser uses of force. “No officer has ever told me that putting their hands on inner-city youth is a life-changing event,” he notes.