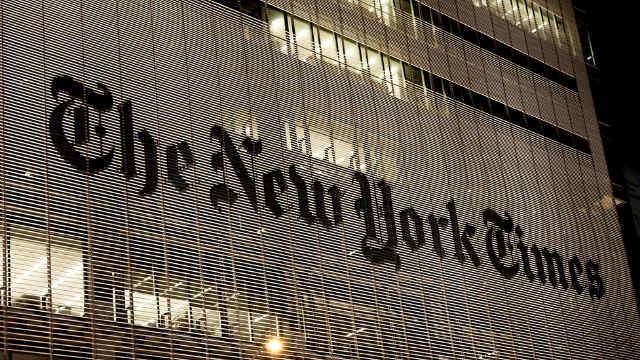 The New York Times has now joined in the growing boycott of Disney preview screenings, in response to Disney’s treatment of The Los Angeles Times.

An investigative piece the L.A. Times ran headlined “Is Disney paying its share in Anaheim?” led to Disney not allowing the paper to advanced movie screenings due to, as the paper put it, “what [Disney] called unfair coverage of its business ties with Anaheim.”

There is now a growing boycott among other news outlets in solidarity with the L.A. Times, including The Washington Post and The A.V. Club, and now The New York Times has joined in:

The NYT joins boycott of preview screenings for Disney movies in solidarity with the LAT, which was barred following investigative series. pic.twitter.com/S2RlGUfQjS

“A powerful company punishing a news organization for a story they do not like,” the Times says, “is meant to have a chilling effect.”