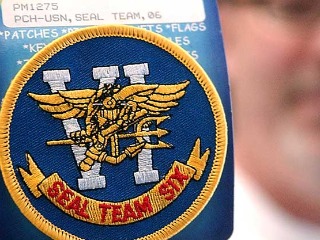 On May 1st, a Sunday night here in the U.S., the world learned from President Barack Obama that terrorist leader Osama Bin Laden had tracked, found and ultimately killed by an elite force known as “Team Six.” In the months following that announcement, more details about the mission to locate bin Laden have slowly, gradually trickled out into the public.

Now, a fascinating piece published in the New Yorker provides further insight into the planning — and steel nerves — required to capture a terrorist mastermind.

That evening, the culmination of years of meticulous planning, two MH-60 Black Hawk helicopters carried twenty-three Team Six Navy SEALs, a translator and a dog named Cairo from eastern Afghanistan to the quiet Pakistani suburb of Abbottabad. The flight was made in silence, the air crafts’ lights off as they slipped undetected into Pakistan’s airspace. There is some debate as to how the helicopters were able to slip by border security without a problem (The Pakistanis’ focus is on India… radar was pointed elsewhere… the Black Hawks’ special modifications made then virtually undetectable). The team, it turns out, had been circling the globe in its search for bin Laden for the better part of a decade:

Since the autumn of 2001, they had rotated through Afghanistan, Iraq, Yemen, and the Horn of Africa, at a brutal pace. At least three of the SEALs had participated in the sniper operation off the coast of Somalia, in April, 2009, that freed Richard Phillips, the captain of the Maersk Alabama, and left three pirates dead. In October, 2010, a DEVGRU team attempted to rescue Linda Norgrove, a Scottish aid worker who had been kidnapped in eastern Afghanistan by the Taliban. During a raid of a Taliban hideout, a SEAL tossed a grenade at an insurgent, not realizing that Norgrove was nearby. She died from the blast. The mistake haunted the SEALs who had been involved; three of them were subsequently expelled from DEVGRU.

And, according to the article, the plan was always to take bin Laden’s life:

If all went according to plan, the SEALs would drop from the helicopters into the compound, overpower bin Laden’s guards, shoot and kill him at close range, and then take the corpse back to Afghanistan.

Indeed, the article notes that, in 2008, even before his presidency, Obama answered a Nashville woman’s question about whether he would be willing to pursue bin Laden within our ally, Pakistan. He answered in the affirmative, noting that “if we have Osama bin Laden in our sights and the Pakistani government is unable, or unwilling, to take them out, then I think that we have to act and we will take them out. We will kill bin Laden. We will crush Al Qaeda.”

While the rest of the article is most definitely worth a read, here are some further highlights to drive home just now tense the night of May 1st was for Team Six and those with knowledge of their mission, and how much planning went into finding the man who masterminded various horrific and bloody acts of terrorism across the globe, including the attacks of 9/11: