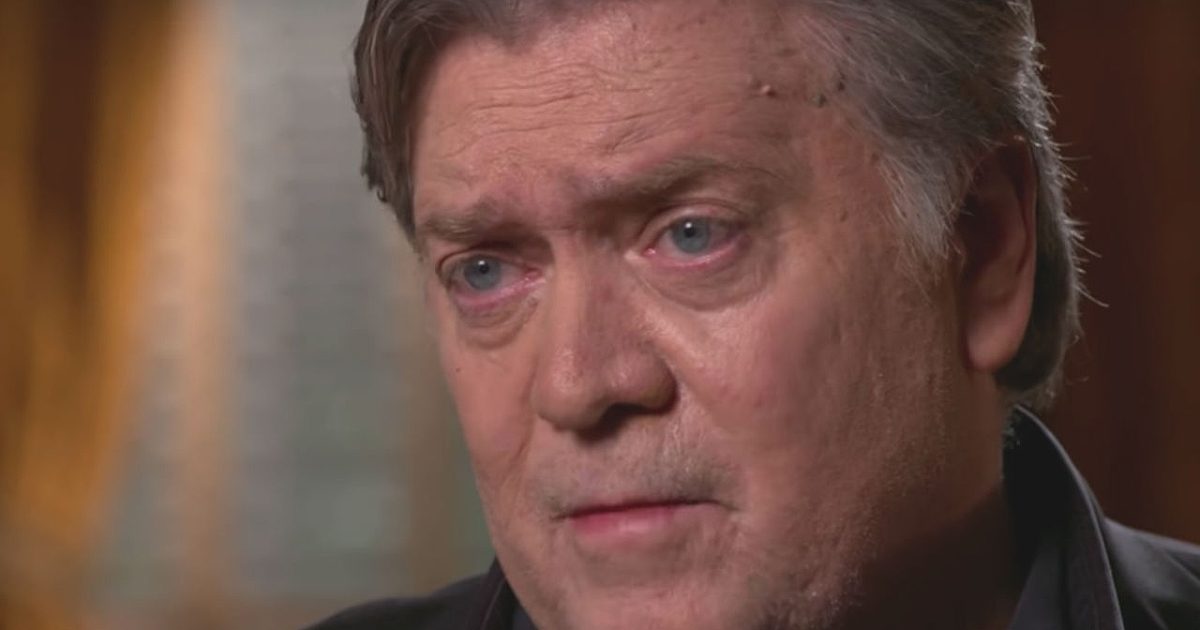 Readers of the New Yorker responded with outrage after it was announced the storied magazine had booked Steve Bannon to headline its annual festival.

Bannon — who went from CEO of right-wing blog Breitbart to President Donald Trump‘s chief strategist to Eurotripper — will be interviewed by the New Yorker‘s editor in chief, David Remnick.

Bannon is a controversial figure, however, and his inclusion in the New Yorker‘s BIG THINK IDEAS SUMMIT sparked outrage amongst its readers. After all, Bannon helped smuggle white nationalism into Breitbart.

He also doesn’t appear to have much to say since his unceremonious ouster from the White House, after a mere 6 months on the job. Bannon has been blackballed by Trump’s circle, booted from the blog he once ran, and mocked for his quixotic ambitions of bringing the revolution to Europe.

New Yorker readers — and even one New Yorker writer — pointed all of that out in furious tweets aimed at the magazine:

I’m not sure how this is meaningfully different from inviting David Duke https://t.co/u4OfM5BXnL

not only does he actively pursue ethnic cleansing—he’s also an idiot! https://t.co/h70bTyV26a

Gee, if only there was a way to see Haruki Murakami in conversation at a festival where an anti-intellectual Nazi wasn’t the headliner! https://t.co/EbjVjzSgJW

Interviewing Steve Bannon is not journalism. It is clickbait, @NewYorker.
cc: @slpng_giants @shannoncoulter

This is repugnant and utterly shameful, @newyorker. https://t.co/7fdVH1641i

among all the other points people have raised, this is also the new yorker — who won a pulitzer prize for its stories on assault and harrassment by powerful men — inviting a powerful man who was once charged with domestic violence to be a headliner
https://t.co/so3Fi1yzTB

Remnick promises a combative conversation, but there’s no there, there. Bannon has nothing to contribute but tired anecdotes from his abortive stint in the Trump administration.

Why can’t we just let this man fade into obscurity where he belongs? He’s not a part of this administration. His ideas are destructive as well as irrelevant. His worldview should not be a prop for “combative” journalism—it affects real people’s lives. https://t.co/rN0pB6EFW2

You want to see detachment from reality in the “elite media,” look no further than @NewYorker headlining a festival with Bannon. The people who made that decision are likely personally unaffected by his continued legacy of hate. He’s just an interesting controversy to them.

every journalist dreams of being the one hero to truly unpack steve bannon… to pull back the mask. they do this with interviews where they let him rant about china for 40 minutes

The ⁦@NewYorker⁩ gives its most visible platform to a man who unrepentantly promotes propaganda calling for ethnic cleansing. This is equivalent to putting onstage a man who recommends everyone read Mein Kampf & letting him promote his new company. https://t.co/6Rub6T1lzU

UPDATE: New Yorker staff writer Kathryn Schulz took to Twitter to note that she was “appalled” by the selection of Bannon as a headliner, and encourage readers to reach out to the magazine.

I love working for @NewYorker, but I’m beyond appalled by this: https://t.co/WlZdsBpF1R I have already made that very clear to David Remnick. You can, too: themail@newyorker.com