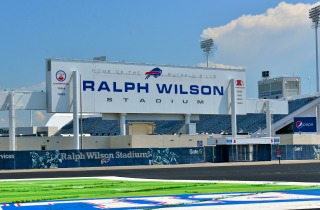 By being generous, a juggernaut missed an opportunity to be generous…

As you’ve seen all over the news, Buffalo is experiencing snow on an historic and deadly level. All told, seven feet of the white stuff has buried The Queen City, killing at least 12 people in the process. One relatively insignificant result upon Gov. Andrew Cuomo declaring a state of emergency in the area: The Buffalo Bills game against the New York Jets has been moved from Ralph Wilson Stadium to the comfy confines of Ford Field in Detroit.

With the AFC East matchup coming to the Motor City with almost no advance notice, selling tickets to a game between a mediocre team and a horrible one in a city that owns a team in a different conference would be quite a challenge. So the aforementioned entity, the NFL, knowing how bad a mostly-empty stadium would look to those watching in New York on a game to be carried by CBS in the Buffalo and NYC markets, decided to sell tickets online for the grand total of…nothing.

On cue, the game sold out faster than a Springsteen concert in its prime. Which makes you wonder: What if the NFL had decided to sell all seats for $5.00 each? Would every seat have still been sold? The feeling here is yes…and quite easily.

Ford Field holds 65,000 people at capacity. When multiplying that by $5.00, the number comes to $325,000. It’s not a huge sum in the whole scheme of things, but that’s $325,000 that could donated to a specific, local charity in Buffalo, a city clearly in need right now. The highly-respected and reputable Buffalo City Mission, which works tirelessly to provide shelter, clothing and food to Buffalo’s less fortunate, would be a fine place to donate what is essentially found money.

With every crisis comes opportunity. It’s a nice idea to offer 65,000 tickets for free. But the National Football League–in providing a fun and free experience to football fans in Detroit on Monday night–may have missed an easy opportunity to give back to those who truly need it.