NY Times Editor: Our Gun Coverage Is Not ‘Excessively Liberal’ 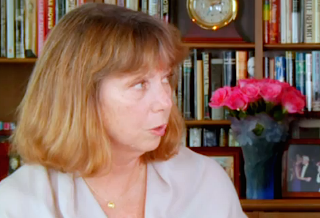 The New York Times’ executive editor Jill Abramson sat down for an online interview with actress Marlo Thomas this week and of the many things the two women discussed one was the charged regularly hurled at the paper of being “excessively liberal,” something Abramson said was inaccurate given the scope of reporting her editorial team produces.

Abramson began by stressing the “New York” in New York Times, saying the paper “reflects a very cosmopolitan, inclusive outlook, which can strike some readers as liberal.”

“I think that the news pages are not ideological,” she continued. “Opinion is the province of our editorial and op-ed pages and the opinion section of our website.”

She said that she “guards against” opinion “creeping in” to the news pages simply by watching it to make sure it doesn’t happen. She singled out the controversial issue of guns to say she makes sure “that 100 percent of our stories aren’t told from the perspective of, ‘How could Americans be so connected to their guns?’ This is to recognize that this is a deep part of American society and that we cover it from every angle.”

One conservative who apparently does not think the Times’ gun coverage always leans too far left is Fox’s Bill O’Reilly, who praised the paper for publishing a report just weeks after the Newtown, Connecticut shooting showing that stricter gun laws in Chicago did not appear to reduce gun violence.

Watch video below, via AOL:

[h/t The Wrap]
[photo via screengrab]