NYT: This Is Your Brain On Computers (It’s Not Good) 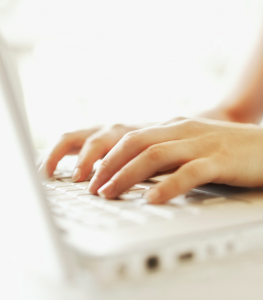 The New York Times today devoted a lengthy article to one of today’s evils: technology. The five-page story essentially boils down to one general point: we are increasingly attached to technology, and it’s not a good thing.

Appropriately enough, the story begins with Kord Campbell–a man who is always plugged in. In fact, he is so plugged in that he sometimes still misses out on things:

When one of the most important e-mail messages of his life landed in his in-box a few years ago, Kord Campbell overlooked it.

Not just for a day or two, but 12 days. He finally saw it while sifting through old messages: a big company wanted to buy his Internet start-up.

Don’t worry, Campbell saved his business deal. But his wife says, “It seems like he can no longer be fully in the moment.” Readers, “This is your brain on computers.”

The article continues on to discuss the more scientific aspect of our addiction, and how technology is rewiring our brains in ways it’s not evolved to handle. According to the article, new research confirms the explosion in our technology usage:

In 2008, people consumed three times as much information each day as they did in 1960. And they are constantly shifting their attention. Computer users at work change windows or check e-mail or other programs nearly 37 times an hour, new research shows.

But then we turn to the younger generation–the arguably more tech-savvy (or tech-obsessed) lot. Campbell’s son received his first C’s in school–and his parents blame this on “distraction from his gadgets.” But would they change it? Not a chance:

“He loves it. Technology is part of the fabric of who he is,” [his mother] says. “If I hated technology, I’d be hating him, and a part of who my son is too.”

The story comes complete with a “Warning Signs of Tech Overload” graphic. I’ll be the first to admit that I’m guilty of Warning Sign #1 (email obsession), but it is sad to see we are connected to people online more than in person. The article is reminiscent of Dentyne’s “make face time” ad campaign, which encouraged people to unplug and connect in-person.

Ironically, many readers have had a difficult time even getting to the end of the five-page Times story…because they keep getting distracted. I’d be lying if I said Gmail and TweetDeck notifications didn’t interrupt my reading as well…

Did you make it to the end of the article? Vote below!