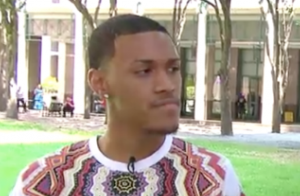 One of the nightclubbers who made it out of Pulse alive has a powerful message to the Orlando mass shooter: love will triumph over hatred.

Alejandro Francisco wrote an extensive essay on XOjane, describing the story of his life and the love and acceptance he felt among the LGBT community. Of course, Francisco also described the panic that swept the club after homophobic ISIS-inspired killer Omar Mateen began his deadly rampage.

“They sounded like firecrackers. We were terrified. We saw people running all around us, some of them jumping fences. We had no idea the all-consuming nightmare we narrowly escaped inside.”

After mourning everyone who was lost in the attack, Francisco’s letter took a turn when he pitied Mateen for his failed attempt to destroy a kind of love he could never hope to experience or understand.

“But Omar, you failed.

You tried to massacre the very one thing that you can never destroy in our community. Ever.

You can not take away our love.

It is more powerful than anything else that exists in the world.”

While the shooting has been documented as the worst mass shooting in the U.S. since 9/11, Francisco urged the world to beyond that and call it “the worst attack — on love — on U.S. soil.” He concluded by saying that even though 49 people did not survive, “love did. In fact, it just grew stronger.”

You can read Francisco’s letter here, and you can watch him speak about the letter in the video above, via ABC.