Orrin Hatch Regrets ‘I Don’t Care’ Comment About Trump Allegations: ‘No One Is Above the Law’

Orrin Hatch Regrets ‘I Don’t Care’ Comment About Trump Allegations: ‘No One Is Above the Law’ 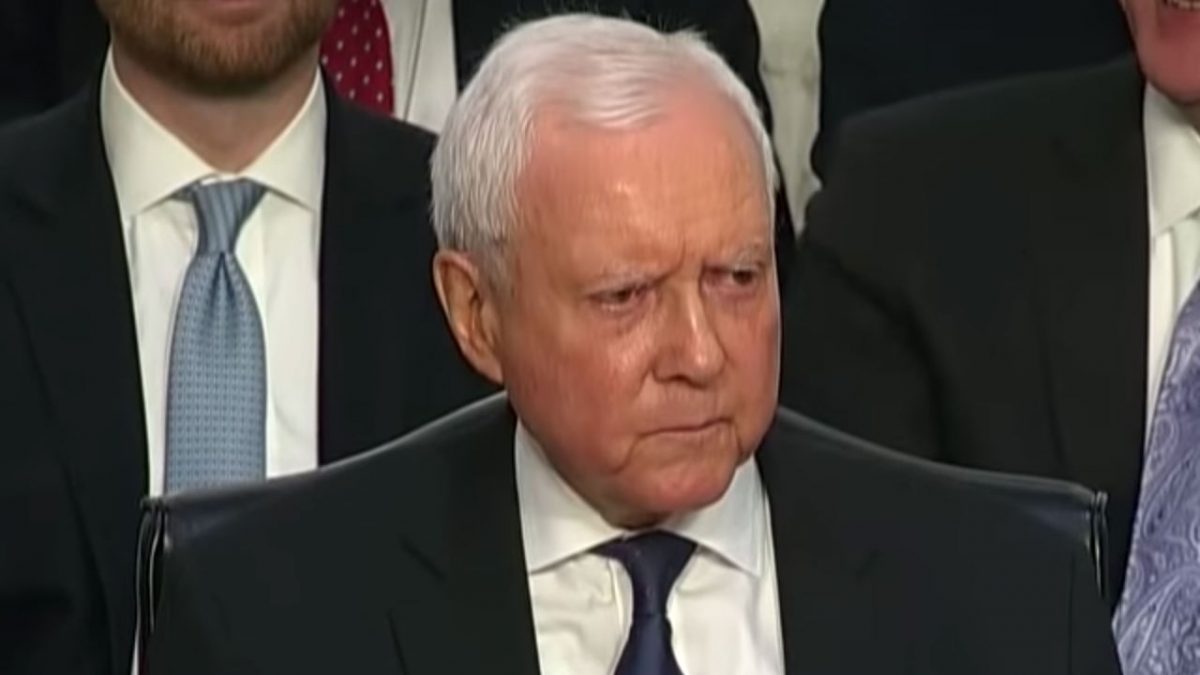 Senator Orrin Hatch (R-UT) said rather bluntly earlier this week he does not care about alleged campaign finance crimes by President Donald Trump.

CNN’s Manu Raju asked him about the President being implicated in crimes. Hatch responded by saying “Democrats will do anything to hurt this President,” before applauding Trump’s successes. He said at one point, “I don’t care. All I can say is he’s doing a good job as President.”

Today Hatch issued a statement saying that he regrets those comments, referring to it twice as an “unplanned hallway interview.”

“I don’t believe the President broke the law,” Hatch says, “but one of the core principles of our country is that no one is above the law. That means anyone who does break the law should face appropriate consequences.

Earlier this week in an unplanned hallway interview with CNN, I made comments about allegations against the President that were irresponsible and a poor reflection on my lengthy record of dedication to the rule of law.

While I don’t believe Michael Cohen is any kind of reliable voice in this process, I have expressed confidence in Bob Mueller and his investigation countless times, including writing in the Wall Street Journal that hemust be allowed to complete his investigation. Last October, when Paul Manafort and Rick Gates were indicted, I said, “I believe that it’s in the best interest for all parties involved to allow Bob Mueller to conduct a full and vigorous investigation.” More recently, this August I acknowledged that the campaign finance allegations were “some serious charges, and they can’t be ignored.”

I continue to believe that, and when we see Mueller’s full report and the complete filings from the New York U.S. Attorney’s office, we can determine the path forward. While I believe the President has succeeded in a number of important policy areas, that success is separate from the validity of these investigations, which I believe should be allowed to run their course.

I also said in the unplanned hallway interview that “you can make anything a crime under the current laws.” I’ve long believed our criminal code is simply too large. I’ve proposed legislation to reduce overcriminalization, simplify our criminal code, and reinvigorate criminal intent requirements. (See here, here, here, here, and here.) But at a time when faith in so many of our institutions is at an all-time low, I regret speaking imprudently. I don’t believe the President broke the law, but one of the core principles of our country is that no one is above the law. That means anyone who does break the law should face appropriate consequences.