Osama bin Laden Restaurants Are Apparently a Thing in Brazil

Osama bin Laden Restaurants Are Apparently a Thing in Brazil 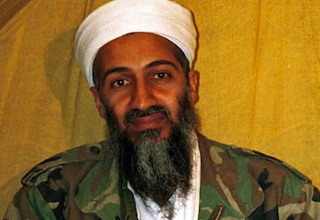 Nothing says “Brazil” than the “Three B’s”: boobies, buttocks, and bin Laden. Wait, what?

Vocativ brings us the hottest trend in Brazil’s hospitality industry: not one, but “nearly a dozen Brazilian [dining] establishments named after Al Qaeda’s former terrorist-in-chief.” Most of them serve alcohol (because it wouldn’t be Brazil without a healthy streak of sacrilege), and one of them was an automobile parts dealer called “Bin Laden Bombas” which went out of business. (“Bombas” means both “pipes” and “bombs” in Portuguese.)

And no, this isn’t Osama bin Laden having A Moment: the restaurants popped into weeks soon after 9/11, and were mostly opened by proprietors who happened to sport a familiar long, gray beard during that time period. One of the men profiled, Francisco Elder Braga Fernandes, renamed his bar from Barbas (“Whiskers”) to Bar Do Bin Laden after a group of bikers mentioned he looked like the terrorist, even going so far to wear military fatigues and a white hat while at work. Another bin Laden lookalike and beer hall owner said that a group of college students told him: “We had to call it Bin Laden’s Bar, and that they wouldn’t come around if we didn’t.”

That was thirteen years ago, and they’re still popular enough to this day — though when bin Laden’s death was announced in 2011, business, um, exploded. “The day bin Laden died, the whole university dropped in,” said Bin Laden’s Bar owner Therezinha Álvaro de Paula Texeira. “The kids even made up some bin Laden T-shirts.”

And, of course, being Brazil, the bin Laden restaurant owners love to troll the hell out of people:

When word spread of bin Laden’s killing by Navy SEAL Team 6, one enthusiastic Brazilian television producer wrapped Fernandes in a white cloth and plunked him down on a busy downtown overpass to spook passersby. Another put him in battle garb and had him walk on the set of a variety show with a fake bomb in his hand. “I don’t usually do this stuff, but it’s what they want, so I do it,” he says…

He also tried to get George W. Bush’s attention when the former commander-in-chief was visiting São Paulo. “I wanted to take a picture with him, but three security guys stopped me,” he recalls fondly. “I did wave at him, and they all had a good laugh.”

Bars named after controversial genocide maniacs aren’t new, as the string of Hitler-themed restaurants prove. (We’re surprised, though, that no one’s opened a lunch place called Pol Pot ‘O Soup. It’s so obvious! And terrible. Don’t do that.)