‘Other People’s’ Baby: What A Mixed-Race Conservative Has To Say to Steve King and His Critics
Opinion

‘Other People’s’ Baby: What A Mixed-Race Conservative Has To Say to Steve King and His Critics 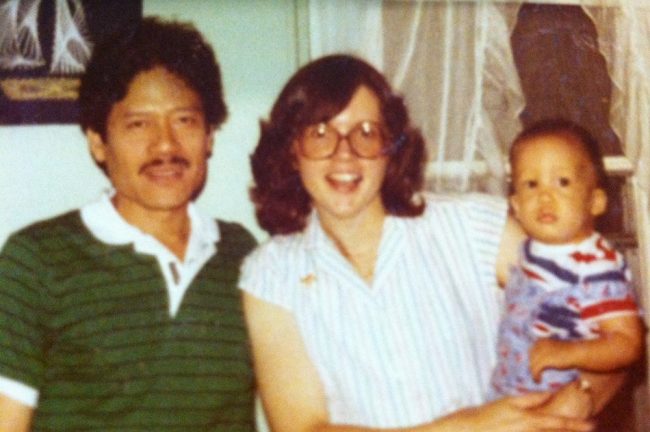 Rep. Steve King‘s Sunday tweet about how the West supposedly can’t “restore our civilization with other people’s babies,” along with the resulting firestorm, is just the latest instance that exposed how the right-left dynamic on race, politics, religion, and public policy in general are based on short-sighted approaches.

I have a unique background as a conservative. My father emigrated from the Philippines over four decades ago, and was naturalized as a U.S. citizen shortly after I was born. On my mother’s side, my Polish great-grandmother and grandmother emigrated together through Ellis Island from the Austrian-Hungarian Empire shortly before World War I.

It, therefore, goes without saying that my formative experience as an American and as a conservative is grounded in the immigrant experience. My parents instilled in me a love of country as a child. As I grew up, I broadened my perspective to love the rich history and heritage of Western civilization.

What struck me about Rep. King’s initial comment, along with his subsequent remarks, is that he is clearly more concerned about the supposed threat from “other people’s” actions or inactions. He only mentioned “promoting the birth rate in America” in passing on CNN on Monday.

Rep. King’s remarks are a manifestation of a much deeper malaise — a longstanding lack of confidence inside Western civilization. Too many on the right would rather seal out the outside world, instead of seeking converts and engaging our opponents.

It wasn’t that long ago that thousands of missionaries from Europe (and later, North America) traveled to the remotest parts of Africa, Asia, Oceania, and the Americas to preach not just the Gospel of Jesus Christ, but also to forward the patrimony that has its ultimate roots in Jerusalem, ancient Greece, and Rome. Such individuals brought the Catholic faith to my father’s home country of the Philippines.

There are still isolated examples of this strategy in the developing world. Unfortunately, due to decolonization, ethnic/nationalist-based strife, and the encroachment of global leftism, this has largely gone by the wayside.

What will truly “make America great again” (not to leave out the wider Western culture) is a revival of this patrimony and a rejection of the dead-end ideologies that have crippled our civilization. This heritage is a blessing that was first received, developed, and then passed on by European peoples for centuries. It should be pointed out, however, that in recent years, some of its most outspoken proponents have been from the Global South.

Of course, one of the main themes of leftists for over two centuries, especially since they first gained real political power in revolutionary France, is that Western civilization is the source of all evil in the world, and that it must be buried on the ash heap of history. Rep. King’s critics on the left astutely locked onto the insular component of his message. But ultimately, they are motivated by remaking the entire world according to their secularist image and neutralizing anyone who would dare get in their way.

The conservative movement needs to embrace a missionary spirit, if they truly want to gain ground against the Utopian vision of the left. We shouldn’t merely “light a candle and put it under a bushel,” as a great man once put it. We need to set it “upon a candlestick, [so] that it may shine to all” in the world.