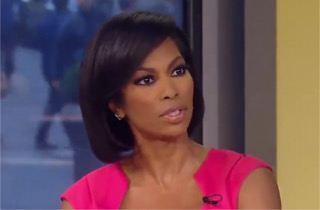 The hosts of Outnumbered roundly criticized an ad meant to promote awareness of the prevalence of rape on college campuses.

The Don’t Accept Rape campaign sent out mock college admissions letters, touting statistics that 1 in 5 women and 1 in 16 men would be raped, and arguing that universities will ignore the charges. The letter was published in the Harvard Crimson, and the campaign produced an ad showing applicants opening the “unacceptable acceptance letters.”

After screening the one-minute spot on the air, which ends by enjoining viewers to “Demand accountability from your colleges,” Meghan McCain said it was “uncomfortable to watch,” and that it strengthened her conviction that everyone should be trained in self-defense and armed with guns. She called the ad “fear-mongering at its worst.”

Harris Faulkner said it evinced a hypocrisy — that activists were more preoccupied with telling people about a problem (i.e. rape) than working to solve it. She suggested that the ad and the campaign in general was “forcing a conversation that should be happening in a very different way.”

Democratic strategist and co-host Julie Roginsky protested that by acknowledging the problem, the campaign was taking the first step toward addressing it. “Mission accomplished, right? They brought attention to what they consider to be an epidemic in college campuses,” she said, adding: “There’s certainly no question that rape and date rape do happen on college campuses. To what extent, I’m not sure, but it seems to be very prevalent. It’s uncomfortable to watch, but I think that was the whole point, wasn’t it?”

“‘Mission accomplished’?” Faulkner replied. “Shouldn’t the mission be to solve it?”