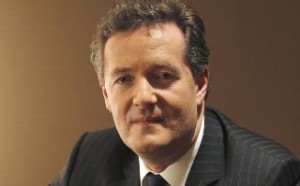 CNN host Piers Morgan has been a vocal advocate of stricter gun control laws in the wake of the Newtown massacre, even prompting a petition asking the White House to deport him. In a piece published in the UK’s Daily Mail, Morgan takes on his critics and hammers home his gun control message. If the country doesn’t change its gun laws, he said, “I would, as a concerned parent first…seriously consider deporting myself.”

Morgan related his sole experience firing guns, in an indoor shooting range, admitting that the legal, controlled environment had also been “undeniably exciting.” However, “it also showed me, quite demonstrably, that guns are killing machines.”

Recounting the Newtown massacre as well as a mass shooting in a school in Britain in 1996, Morgan wrote that’s it’s impossible to imagine losing one’s own child in such a horrific way. “I honestly don’t know how you would ever carry on with life.”

In the lengthy piece, Morgan went on to diagnose a problem: “fear.”

The gun-lobby logic dictates that the only way to defend against gun criminals is for everyone else to have a gun, too. Teachers, nurses, clergymen, shop assistants, cinema usherettes – everyone must be armed.

To me, this is a warped, twisted logic that bears no statistical analysis and makes no sense. Do you fight drug addiction with more cocaine? Alcoholism with more Jack Daniel’s? Of course not.

Responding to the much-discussed petition, Morgan said he found it ironic — “given that by expressing my opinion I was merely exercising my rights, as a legal US resident, under the 1st Amendment, which protects free speech.”

In conclusion, I can spare those Americans who want me deported a lot of effort by saying this: If you don’t change your gun laws to at least try to stop this relentless tidal wave of murderous carnage, then you don’t have to worry about deporting me.

Although I love the country as a second home and one that has treated me incredibly well, I would, as a concerned parent first – and latterly, of a one-year-old daughter who may attend an American elementary school like Sandy Hook in three years’ time – seriously consider deporting myself.

I imagine that would make some quite happy. Others, not so much.